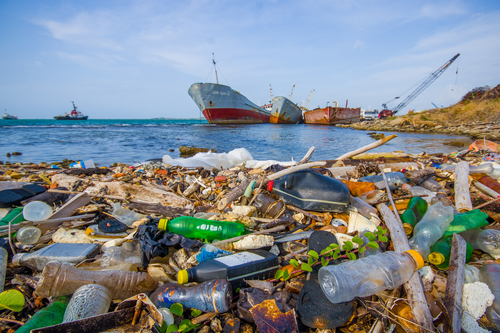 Jamaica has reiterated its commitment to reduce and eliminate marine plastics from the oceans through its selection as one of ten Lead Partnering Countries globally in an IMO and Food and Agriculture Organization (FAO) supported global project.

The project GloLitter Partnerships Project aims to build capacity in nations to enable them to tackle ocean pollution.

Studies have estimated that between 4.8 million to12.7 million tons of land-based plastic waste from coastal countries ends up in oceans every year.

The GloLitter Partnership Project was officially launched in Jamaica in July this year with the establishment of a multi-agency National Task Force and a meeting with members of the Project Coordinating Unit from the IMO and the FAO.

The National Task Force includes representatives from the Ministry of Transport and Mining and other Government ministries and agencies with responsibility for fisheries, maritime transport, women’s affairs and the protection of the marine environment, and will act as a steering group providing oversight for the project’s implementation.

The project will also enable capacity building and the creation of tool kits for the development of national policies and strategies and the engagement of a local consultant to support legal, policy and institutional reforms for the prevention and reduction of marine plastic litter and in particular plastic marine litter generated from the maritime transport and fisheries sectors.

Furthermore, it will address issues like the retrieval of lost and discarded fishing gear from the oceans, and establish fishing port facilities and initiatives for the recycling and reuse of marine plastic litter.

As a Small Island Developing State (SIDs) with an open economy and heavy dependence on the blue economy for trade, tourism and fishing, Jamaica is well placed to benefit from the project and as a Lead Partner Country we will have the responsibility to share our experience and best practice gained from the project, with the rest of the Caribbean and other SIDS

The three-year project, which extends to 2024, is initially funded by the Government of Norway and the Maritime Authority of Jamaica with support from the National Fisheries Authority which will take the role of the lead agency responsible for its implementation in Jamaica.