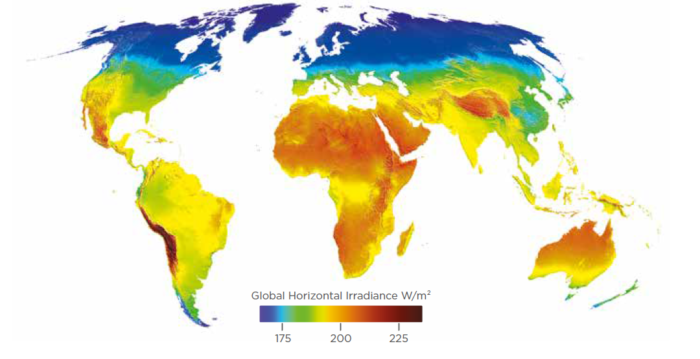 IRENA, the Assembly of the International Renewable Energy Agency, launched ‘A new World’ report, according to which, the Global Commission on the Geopolitics of Energy Transformation supports that the geopolitical and socio-economic consequences of a new energy age may be as profound as those which accompanied the alter from biomass to fossil fuels two centuries ago. These include changes in the position of states, the importance of new leaders, more energy actors, alter in trade relations and the emergence of new alliances.

Specifically, the report suggests that the energy transformation will alter energy statecraft. Renewable energy sources are available in one form or another in most geographic locations, unlike fossil fuels.

The plenty amounts of renewable energy sources will enhance energy security and support energy independence for the majority of states. In the meantime, new inter-dependencies and trade patterns will rise, as countries grow renewables and integrate their electricity grids with neighboring countries.

According to the report, oil and gas-related conflicts are expected to decrease as will the strategic importance of some maritime chokepoints such as the Straits of Hormuz. The latter is the worlds most crucial oil artery, that links Middle East crude producers to key global markets.

Everyday, approximately 30% of all seaborne traded crude oil passes through it.

For example, China, as being the biggest natural gas importer, exporter and installer of solar panels, wind turbines, batteries and electric vehicles is taking the lead in clean energy race

The Commission also supports that the countries that mostly rely n fossil fuel imports will have the possibility to enhance their trade balance and decrease risks linked to vulnerable energy supply lines and volatile fuel prices by developing a greater share of energy domestically.

In conclusion, IRENA estimates that by 2025 the global weighted average cost of electricity could fall by 26 % from onshore wind, by 35 % from offshore wind, by at least 37 % from concentrated solar power technologies, and by 59 % from solar photovoltaics.

For more information, see the PDF below. 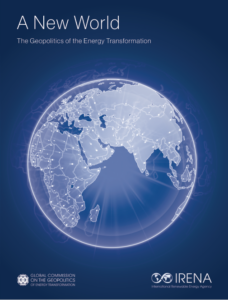