The news of the oil spill were firstly reported by TankerTrackers, via images from their twitter account. According to Radio Farda, the oil spill may have emerged from an oil rig off the island's west coast, which began on November 22.

The rig might belong to the Abouzar offshore oil field, a large reservoir first developed in the 1970s.

Speaking to the Islamic Republic News Agency (IRNA), the head of the local branch of Iran’s Ports and Maritime Organization (PMO) in the province of Bushehr Siyavosh Arjomandzadeh reported that the leak now covers an area of around 24 kilometers.

The official added that four vessels were deployed to the area to spray dispersants on the leak. 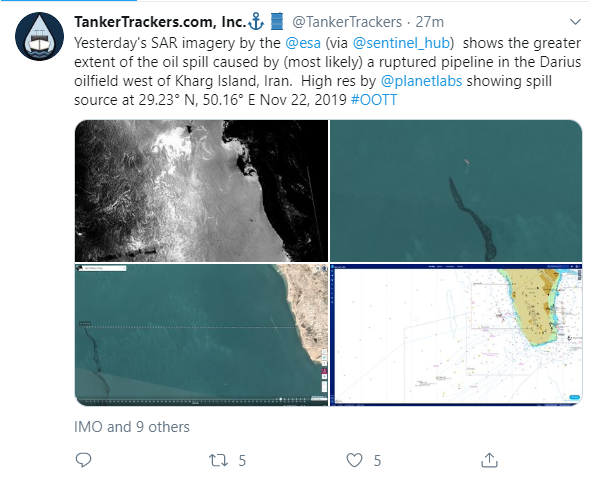