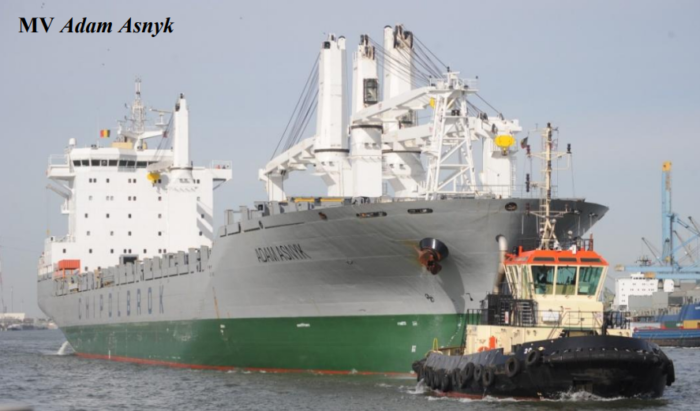 Transport Malta launched an investigation on the collision of two vessels, that took place on September 8 2018; The vessels both suffered structural damages, yet there were no injuries reported.

On September 8 2018, Adam Asnyk, general cargo vessel, was to enter the Laotieshan Channel Traffic Separation Scheme (TSS) from the West, in its voyage to Taicang. Given the traffic in the area, the second officer was on watch, while the third officer was acting as a lookout.

The vessel proceeded to evasive actions to avoid two fishing vessels, when the second officer saw DK Iman vessel close by on the port side. Although both vessels manoeuvred to take distance from each other, they both collided and sustained damages.

Prior to the collision, Adam Asnyk had its engines on revolutions set above the manoeuvring range and was steering with autopilot, while loud music was being played on the bridge. The vessel had both of its radar displays switched on, connected to the S-band antenna.

Following the collision, Adam Asnyk suffered minor damages above the water line. The damages were located on the vessel’s port side, just forward of the vessel's accommodation. Six empty containers, which were above the damaged pillars, had also sustained structural damages. 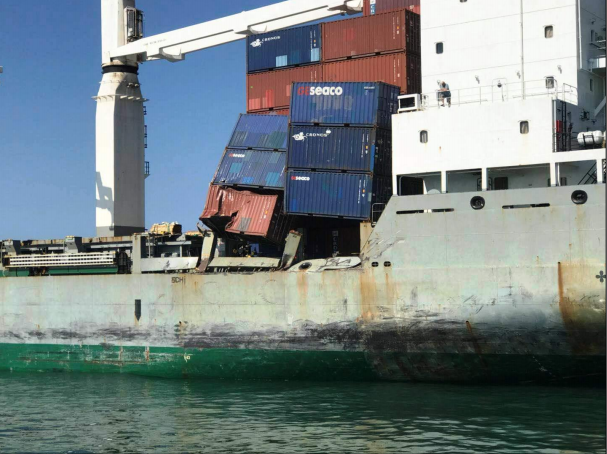 Concerning DM Iman, it sustained serious structural damages to its starboard side shell plating in way of the poop deck and engine-room. There was also damage to the railing and bulwark on the aft deck. Damages were also on the mooring equipment and several air vents 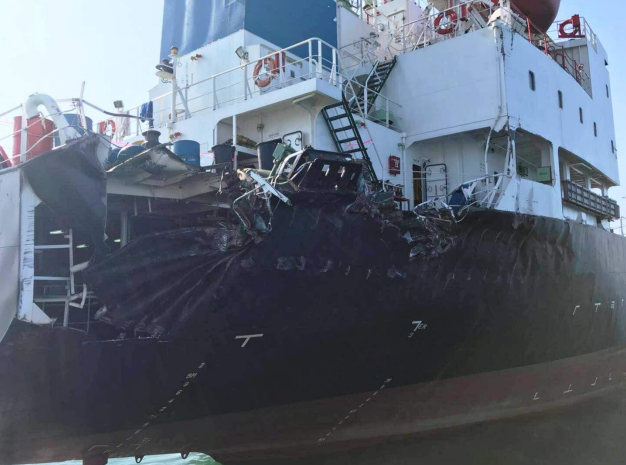 During the preliminary assessment phase, the MSIU liaised with China MSA. China MSA investigators boarded both vessels and collected evidence. It was eventually agreed that Malta leads the safety investigation and China and the Republic of Korea will be considered as a substantially interested States.

Based on the information already available, the safety investigation will be focussing on several areas related to the navigation aspect and the dynamics of the events that led to the collision. 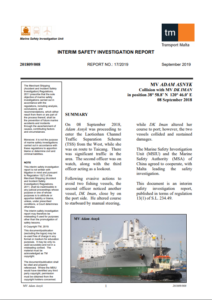