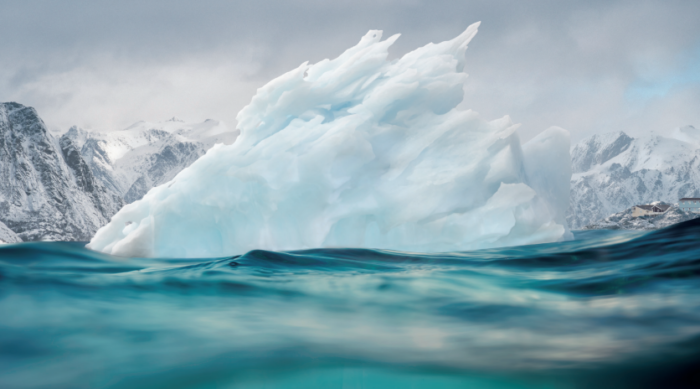 Today’s choices crucial for the future of the ocean

The latest Intergovernmental Panel on Climate Change (IPCC) Special Report highlights the urgency to prioritize timely, ambitious and coordinated action to address unprecedented and enduring changes in the ocean and cryosphere. The report also reveals the benefits of ambitious and effective adaptation for sustainable development and the increasing costs and risks of delayed action.

The IPCC Special Report on the Ocean and Cryosphere in a Changing Climate, approved on 24 September 2019 by the 195 IPCC member governments, provides new evidence for the benefits of limiting global warming to the lowest possible level. By reducing GHG emissions would limit the scale of ocean and cryosphere changes, while ecosystems and the livelihoods that depend on them can be preserved.

If we reduce emissions sharply, consequences for people and their livelihoods will still be challenging, but potentially more manageable for those who are most vulnerable. We increase our ability to build resilience and there will be more benefits for sustainable development

The report also describes the climate-related risks and challenges that people are exposed to today and that future generations will face. Moreover, it presents options to adapt to changes that can no longer be avoided, manage related risks and build resilience for a sustainable future. The assessment shows that adaptation is based on the capacity of individuals and communities and the resources available to them.

According to the report, people in mountain regions are more and more exposed to dangers and changes in water availability.

With glaciers, snow, ice and permafrost declining, it could increase hazards for people, through landslides, avalanches, rockfalls and floods.

What is more, smaller glaciers are projected to lose over 80% of their current ice mass by 2100 according to high emission scenarios. In addition, the retreat of the high mountain cryosphere will continue to adversely impact recreational activities, tourism, and cultural assets.

As mountain glaciers retreat, they are also altering water availability and quality downstream, with implications for many sectors such as agriculture and hydropower

While sea level has increased globally by around 15 cm during the 20th century, it is currently rising more than twice as fast - 3.6 mm per year - and accelerating.

Sea level rise will also increase the frequency of extreme sea level events. Indications show that with any degree of additional warming, events that took place once per century in the past will occur every year by mid-century in many regions, thus increasing risks for many low-lying coastal cities and small islands.

Without major investments to adapt to the new reality, they would be exposed to flood risks. In fact, some island nations could become uninhabitable because climate-related ocean and cryosphere change, but habitability thresholds are still extremely difficult to assess.

Additionally, increases in tropical cyclone winds and rainfall are exacerbating extreme sea level events and coastal hazards. The latter would be further be intensified by an increase in the average intensity, magnitude of storm surge and precipitation rates of tropical cyclones, especially if GHG emissions remain high.

Global warming and changes in ocean chemistry are already affecting species throughout the ocean food web, with impacts on marine ecosystems and people that depend on them, the report states.

To date, the ocean has taken up more than 90% of the excess heat in the climate system. By 2100, the ocean will take up 2 to 4 times more heat than between 1970 and the present if global warming is limited to 2°C, and up to 5 to 7 times more at higher emissions. Ocean warming reduces mixing between water layers and, as a result, the supply of oxygen and nutrients for marine life.

Furthermore, marine heatwaves have doubled in frequency since 1982 and are increasing in intensity as well. Namely, they are expected to further increase in frequency, duration, extent and intensity. Their frequency will be 20 times higher at 2°C warming, compared to pre-industrial levels, while they would take place 50 times more often if emissions continue to increase strongly.

The extent of Arctic sea ice is reducing in every month of the year, and it is getting thinner. Specifically, if global warming is stabilized at 1.5°C above pre-industrial levels, the Arctic ocean would only be ice-free in September once in every hundred years. If global warming reaches 2°C or more, this would occur up to one year in three.

Some people living in the Arctic have already adapted their traveling and hunting activities to the seasonality and safety of land, ice and snow conditions, and some coastal communities have planned for relocation.

Permafrost ground that has been frozen for many years is warming and thawing and widespread permafrost thaw is projected to take place in the 21st century. Even in case that global warming is limited to well below 2°C, around 25% of the near-surface permafrost will thaw by 2100. Additionally, if GHG emissions continue to increase strongly, there is a possibility that around 70% nearsurface permafrost could be lost.

For more details on how the future climate will turn out to be, check the PDF below 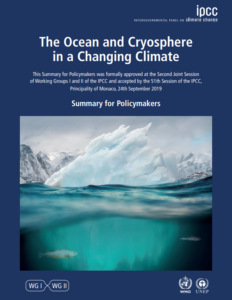