As the Britannia P&I Club informs, Intertanko has recently received a number of reports from its members regarding uncharted terminals in Chinese ports after a request for feedback. The association has called the Chinese authorities to mitigate the issue.

Intertanko has raised this issue with the Chinese authorities and has asked them for confirmation that they will be updating navigational charts and to make sure that all new terminals are clearly marked in future.

In fact, the Secretariat sent a formal letter to the China MSA on 5 April noting Intertanko's concerns regarding the non-markings as well as concern over China’s policy on the non-marking of sensitive structures such as gas terminals on China hydrographic charts.

Below you may find the reported cases of terminals and berths not marked on China navigational charts: 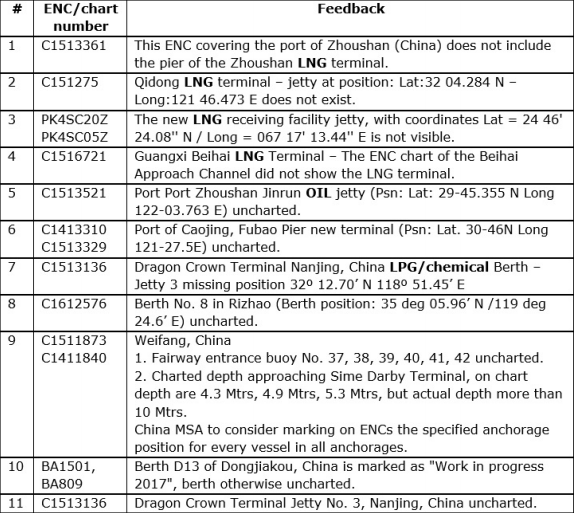