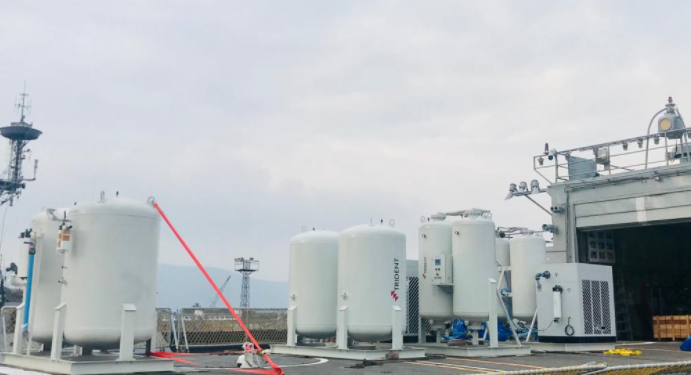 In support of the country’s ongoing efforts to combat the pandemic, Indian naval ship arrived in Bangladesh in order to deliver supplies for COVID-19 relief.

In light of the outbreak situation, India has gifted two mobile oxygen plants to Bangladesh for its support in the country’s fight against the ongoing COVID-19 pandemic.

The Indian Navy’s Offshore Patrol Vessel departed Visakhapatnam on August 30 to support the ongoing efforts of the Bangladesh military and government agencies in combating the ongoing wave of the Covid pandemic.

For the records, the ship arrived on September 2 carrying two 960 LPM Medical Oxygen Plants (MOP), one each for the Bangladesh Navy and Dhaka Medical College.

On Thursday, it reached the Chattogram harbor in Bangladesh. Bangladesh officials reported that the gifts were received ceremonially.

INS Savitri, is an indigenously built Offshore Patrol Vessel of the Indian Navy under the Eastern Naval Command based at Visakhapatnam.

As part of the Government of India’s vision of SAGAR (Security and Growth for All in the Region), the Indian Navy has been proactively engaging with countries in the region and has been at the forefront of numerous humanitarian missions spanning the entire extent of the Indian Ocean including South/ South East Asia and East Africa.

Earlier, the Indian Naval Ship Shakti had transported 100 tonnes of Liquid Medical Oxygen (LMO) to Colombo, Sri Lanka, whilst INS Airavat is currently on a deployment to South East Asia for trans-shipment of medical aid to Indonesia, Vietnam, and Thailand.