Human rights at sea amid COVID-19: Where we stand 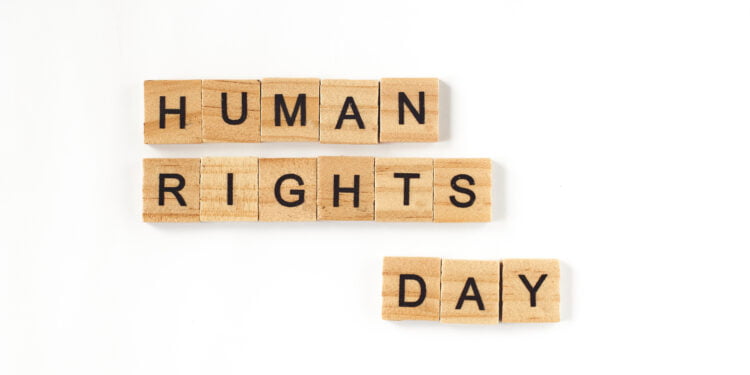 December 10th marks 73 years since the United Nations General Assembly adopted the Universal Declaration of Human Rights, the landmark document that proclaims the inalienable rights that everyone is entitled to as a human being.

In shipping, a particularly vulnerable industry in terms of human right protection, violations are a typical problem across the entire lifecycle of a ship. While shipping has shed its attention to the issue, the COVID-19 pandemic seems to have added new concerns to this chronic debate.

Amid a rise in human rights concerns at sea driven by the pandemic and the increased migration flows in the English Channel, the UK House of Lords launched last month an inquiry into the future of the UN on the Law of the Sea Convention (UNCLOS) and its applicability in 21st century, to examine the extent to which it has been able to adapt to the emerging challenges such as climate change, automation, etc. and the concept of human security at sea. Despite concerns, the Commission decided that UNCLOS remains fit for purpose.

One of the main UNCLOS inefficiencies challenging human protection at sea is the broad range of activities covered by UNCLOS, from human trafficking to the substandard working conditions of seafarers and fishers onboard. Another problem is the exclusive jurisdiction of the flag state and the fact that no State exercises territorial jurisdiction on the high seas, which often does not permit reporting of human rights abuses.

People are disappearing at sea, they are dying at sea, they are being assaulted and abused. If this were occurring ashore, within the territory of a State, it would be well publicized but, because it is happening at sea, on the oceans and out of sight of land, those who could act to stop it are often oblivious to the problem

And while the tragedy of migrants losing their life at sea typically attracts media attention due to the politics aspect of the issue, the scale of unexplained deaths at sea, such as murders of fisheries observers, remains largely unseen, argued recently Dr Sofia Galani, Assistant Professor in Public International Law, Panteion University, Greece, and Professor Natalie Klein of the Faculty of Law, University of New South Wales, Australia.

What are the main human rights at sea concerns?

Forced labor, excessive working hours in violation of MLC, bullying and harassment, as well as abandonment constitute the ever-lasting challenges surrounding seafarers’ rights when onboard. A typical issue often discussed is seafarers being abandoned without pay or compensation by shipping companies when there is no longer a reason to being employed.

While these are the main and diachronic issues in shipping and fisheries industries, the latest developments and emerging issues redefine the landscape of what is considered a basic human right of people at sea. For example, the COVID-19 restrictions have shifted the focus from physical abuse and maltreatment to the freedom violation of seafarers, who remained stranded onboard for months beyond their MLC contracts and unable to see their family. These new conditions, not only reiterated discussions surrounding seafarers’ abandonment, but also deteriorated instances of bullying and harassment as seafarers were kept confined with no way out. According to HRAS, other human rights’ violations at sea include:

Crew change crisis: The new kid on the block

The Neptune declaration on Seafarer Wellbeing and Crew Change, signed by more than 850 organizations, has been a promising and ambitious attempt to promote and protect the welfare of seafarers in response to the crew change crisis, which has resulted in around 400,000 seafarers being stranded on ships due to travel bans globally associated with COVID-19.

However, already 20 months into the pandemic, the cooperation of the industry with governments and seafarers’ vaccination still constitute a major call-to-action for the facilitation of crew changes, as indicated by the recent UNCTAD Review of Maritime Transport. Even within November, the issue of repatriation of 200 I-Kiribati seafarers is yet to be resolved due to travel restrictions, keeping some of them away from their home at the small Pacific island nation for almost two years.

Last month, IHRB and the Sustainable Shipping Initiative (SSI), in collaboration with the Rafto Foundation for Human Rights, developed an industry Code of Conduct for Delivering on Seafarers’ Rights to improve the human rights and welfare of the world’s nearly two million seafarers. The move was seen as a response to the adverse effects that the pandemic created in terms of seafarers’ wellness and covers the full spectrum of seafarers’ rights and welfare, from fair terms of employment and crew protection to availability and appropriate management of grievance mechanisms. Under the Code, shipowners have a written commitment to respect crews’ human rights.

Amid the increasingly discussed human rights violation shaped through the crew change crisis, four UN bodies joined forces earlier in 2021 to launch a Human Rights Due Diligence Tool for cargo owners and charterers, which contains a wide-ranging set of guidance to help enterprises protect the human rights of seafarers. First published in April 2019 and led by HRAS, the Geneva Declaration on Human Rights at Sea brings together all applicable maritime law on human rights at sea, seeking to explore its practical application in the maritime environment.

These initiatives have highlighted the industry’s good intentions, but the complex environment of the globalized shipping sector combined with COVID-19 challenges requires more drastic action. HRAS has suggested that UNCLOS should be supplemented with a new regulation that will effectively protect human rights at sea without having to resort to ‘legal gymnastics’, while it also recently called upon the IMO to increase its level of transparency and factual detail in the public reporting of cases reflecting human and labour rights abuse of seafarers. If and to that extent these developments could be effective for the future of maritime human rights remains to be seen.