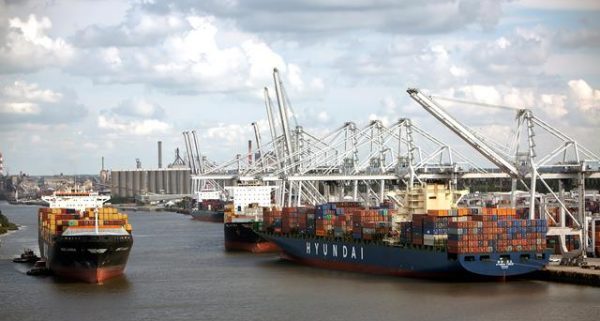 Georgia Ports to double its capacity by 2028

According to Griff Lynch, the new plan will enable the port to handle 10 million twenty-foot equivalent container units, 1 million rail lifts, and more than 1 million auto and machinery units per year.

Lynch also provided an overview of GPA's 2028 Plan that includes for 42 ship-to-shore cranes, 200 yard cranes, new RTG lanes and significant intermodal expansion in Savannah. The GPA will soon open its second inland terminal in Northwest Georgia and begin construction of the Mason Mega Rail project at Garden City Terminal. These project aim to open new markets and reduce rail crossings and over the road freight through Savannah, Atlanta and beyond.

Savannah's outer harbor dredging will be completed in March, with the Savannah Harbor Expansion Project being half completed. The inner harbor will have been deepened by 2021, facilitating Neo-Panamax vessels to take on more cargo and transit the river with greater scheduling flexibility.

At the Port of Brunswick, GPA plans to develop an annual capacity of 1.4 million vehicles. Namely, in 2017, GPA spent $25 million to increase RoRo space, and plans to spend another $20 million in the next 18 months to attract additional auto business to Georgia.

GPA has opened five parcels of land at its Savannah International Trade Park for private development, to accommodate additional warehousing. Moreover, the site will add up to 5 million additional square feet of distribution space on five 100-acre parcels.