From marine to land-based pollution: The future of petroleum-based spill and leak penalties and mandates

by Clark Lisa
in Opinions 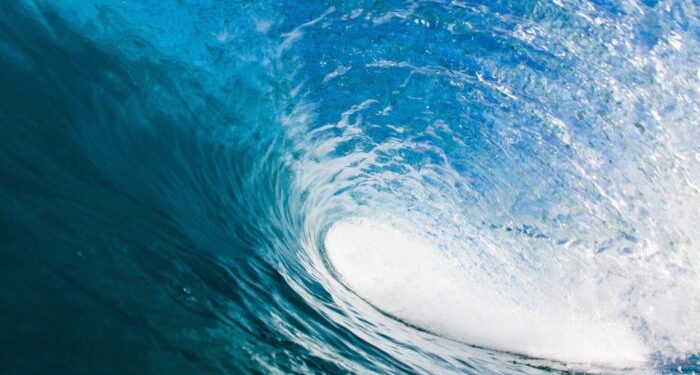 In the following article, Lisa Clark, Vice President of Marketing and Market development, RSC Bio Solutions says that every spill matters and recommends EALs as an attractive option for many organizations.

There is growing concern regarding the environmental impact and associated costs of petroleum based fluid discharges. Petroleum is persistent and toxic. It damages living organisms including plants, animals and marine life for many years. While many believe that the bulk of this environmental damage is done by major spills, such as the Exxon Valdez or the Deepwater Horizon events, in reality every spill matters. In fact, small leaks account for an overwhelming percentage of all oil-related pollution.

In response to this growing concern, the United States Environmental Protection Agency and local governments have begun aggressively attacking the problem of petroleum-based pollution. The first step in this assault has been increasing the range of accountability for marine-based lubricant releases including significant fines and cleanup costs, and, because spills and leaks are unavoidable, mandating the use of more sustainable alternatives to petroleum-based lubricants in marine applications.

Beginning with the Clean Water Act of 1972, the EPA has steadily increased its efforts to measure the impact of oil/fluid leaks and planned discharges and to reduce pollution in the U.S. territorial waters. The most recent and impactful related change in marine applications is the EPA’s 2013 Vessel General Permit (or VGP), which requires that all ships larger than 79 feet use Environmentally Acceptable Lubricants (EALs) in oil-to-sea interfaces when in the three Nautical Mile limit and in the Great Lakes unless technically infeasible. These regulations include vessel discharges such as oil, waste water and runoff. The permit also requires any above water line hull cleaning or deck wash downs resulting in discharge to be conducted with ‘minimally toxic, phosphate-free and biodegradable’ cleaners and detergents. Commercial fishing vessels and other non-recreational vessels less than 79 feet will be required to take the same precautions beginning December 18, 2017 under EPA’s small Vessel General Permit (sVGP).

This is clearly a global problem. While the U.S. has led the way in requiring the use of EALs, other countries are beginning to take steps to enhance responsibility and required remediation for marine spills, leaks and discharges.

The Link Between Runoff and Marine Pollution

There is clear evidence that addressing spills and leaks that happen in the water is only a small part of addressing the broader issue of marine pollution.

Taken together, land-based river and urban runoff sources contribute over half the petroleum pollution introduced to North American coastal waters due to human activity, and 20 percent worldwide (National Academy of Sciences). Oil collects in hazardous concentrations in the stream of wastewater coming out of populated areas, entering storm drains, streams, lakes and eventually traveling to the ocean, affecting all the ecosystems through which it passes.

The dangers of oil released from land sources – where the oil remains on land – are also quite real. Small spills and leaks can accumulate to prevent water absorption by the soil, choking off plant life and permanently contaminating large areas of soil, making them economically useless, as well as hazardous to the health of humans and animals living around them.

Despite the fact that the EPA requires spills over a certain amount to be reported, the unfortunate truth is that, unless there is a highly visible spill, or the spill happens in the middle of a neighborhood, most land-based spills are either covered with dirt or washed into sewers, which does nothing but compound the underlying danger.

While there is currently no federal mandate to use environmentally acceptable lubricants (EALs) and fluids in land applications, federal efforts are afoot to measure and report the impact of spills and many states and localities have regulations in place that govern the use of petroleum-based lubricants in environmentally sensitive areas. As mentioned above, the EPA has certain requirements for spill reporting that vary based on spill type and location. According to the Spill Prevention, Control, and Countermeasure (SPCC) Regulation, the threshold for reporting occurs when either of the following
occurs:

Based on progress in marine applications and the severity of the risks involved, several states have also implemented mandatory reporting of spills and have enlisted the help of the public in assisting with reporting.

Where reporting and remediation are required, the most commonly used clean-up measures include recovery via vacuums and skimmers, as well as mechanical removal of contaminated soil, in-situ burning, sorbents, and bioremediation. Larger spills may result in significant fines and clean-up costs.

Just as in marine applications, federal, state and local environmental agencies, as well as agencies in other countries, may soon determine that the severity of the risks involved with land-based petroleum spills and leaks may be sufficiently severe to merit preventative measures, including the mandatory use of EALs in land-based equipment. Following the normal trajectory of state regulations serving as a catalyst for more stringent national environmental legislation, it is fairly likely that EALs may be required for use in land-based equipment in the near future.

The Best Choice for Your Employees, Equipment and Environment

If you share our belief that every spill matters, there is no need to wait to do the right thing. In recent years, environmentally acceptable lubricants (EALs) have evolved to ensure the same or better level of performance than their toxic counterparts. The U.S. Environmental Protection Agency (EPA) defines an “EAL” as a “Lubricant that is readily biodegradable, exhibits low toxicity to aquatic organisms and has a low potential for bioaccumulation.” (EPA 800-R-11-002, Publication U.S. Environmental Protection Agency, November 2011)

These readily biodegradable lubricants have the natural ability to biodegrade to their natural state, when subjected to sunlight, water and microbial activity, from 60-100% in 28 days. Switching to EALs, which are high-viscosity lubricants (high VI), not only goes a long way in preventing environmental harm, but delivers distinct performance benefits over many of their petroleum-based counterparts, including:

All of these factors combine to reduce total cost of ownership, which make EALs a more financially attractive option for many organizations.

Convinced of the business benefits and improved safety and sustainability, original equipment manufacturers have begun factory-filling their hydraulic systems with EALs. Although they are not required to use EALs, many equipment fleet owners have also become early adopters as result of mounting corporate and market sustainability pressures, a desire to get ahead of coming land-based spill regulations and the performance benefits outlined above. More choose this option each day, bolstered by the success and return on investment experienced by these early adopters.

So, why wait? Every Spill Matters, Every Second Counts and Every Company Can Make a Difference.

Lisa is vice president of marketing and market development where she directs marketing activities including marketing communications, lead generation and brand and product management. In addition, she identifies target accounts, leads prospecting efforts and develops go-to-market strategies. Before joining RSC Bio Solutions, Lisa spent 17 years helping Milliken & Company and Samson Rope Technologies grow their businesses by identifying new market opportunities and establishing processes for new product commercialization. She began her career with Coca-Cola and brings more than 20 years of business development, marketing and strategy experience for global and industrial companies. Lisa earned her Bachelor of Science degree in criminal justice from West Chester University and an M.B.A. in Marketing from Goizueta Business School at Emory University.

isa is vice president of marketing and market development where she directs marketing activities including marketing communications, lead generation and brand and product management. In addition, she identifies target accounts, leads prospecting efforts and develops go-to-market strategies. Before joining RSC Bio Solutions, Lisa spent 17 years helping Milliken & Company and Samson Rope Technologies grow their businesses by identifying new market opportunities and establishing processes for new product commercialization. She began her career with Coca-Cola and brings more than 20 years of business development, marketing and strategy experience for global and industrial companies. Lisa earned her Bachelor of Science degree in criminal justice from West Chester University and an M.B.A. in Marketing from Goizueta Business School at Emory University.