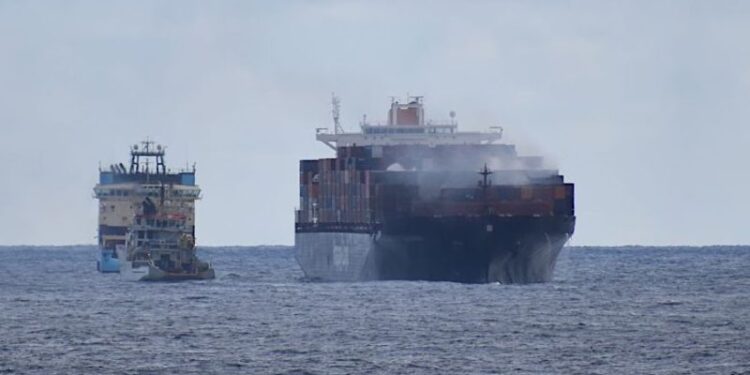 Dependent on final technical approval of vessel class and refitting of hatch covers, MV “Yantian Express” is now likely to depart from Freeport, Bahamas during the first half of May 2019 with the remaining cargo onboard, the company said in an official update Tuesday.

Although the deadline for submission has long expired, current status indicates that General Average and Salvage security has still not been posted for about one third of containers concerned.

In order to assist progress of vessel operational proceedings and salvage company approval, we again encourage all cargo interests to immediately provide the requested General Average and Salvage security in order to allow the containers to be delivered.

The vessel shall then proceed to Halifax, Nova Scotia for delivery of remaining onboard cargoes. Exact date will be confirmed once forward schedule and terminal arrangements have been finally concluded.

The fire broke out on 3 January in one of the containers onboard the 7,510 TEU container ship ‘Yantian Express’ approximately 1,015 miles northeast of Bermuda and spread to additional containers. The ship was en route from Colombo to Halifax via the Suez Canal, at the time of the incident.

The vessel arrived at Freeport, Bahamas (port of refuge) on 4 February. By late March 2019, all containers in the fire impacted areas in way of cargo holds 1 and 2 (on and under deck) had been discharged from the vessel.