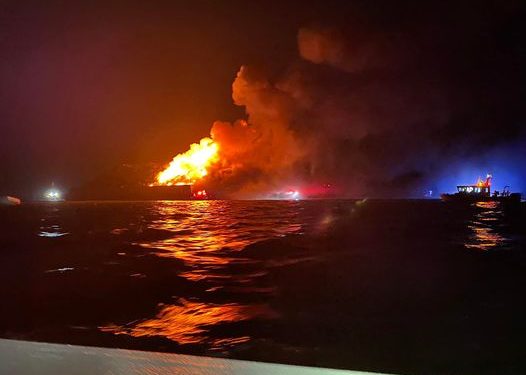 Fire agencies fight a barge fire on the Delaware Bay that has kept them busy since they first responded with the US Coast Guard in the early hours of May 23.

The US Coast Guard launched a 29-foot Response Boat Small-boat crew to assist and monitor the incident. There were six fire boats on scene from local fire agencies actively fighting the fire as of 8 a.m.

The barge was reportedly carrying household appliances for scrap, according to the release.

Our highest priority is ensuring the safety of firefighters and response personnel on scene. We will also work to mitigate any environmental threats and protect the flow of commerce within this vital port

There are no injuries and no evidence of pollution impacting the waterway. The cause of the fire is not known at this time.