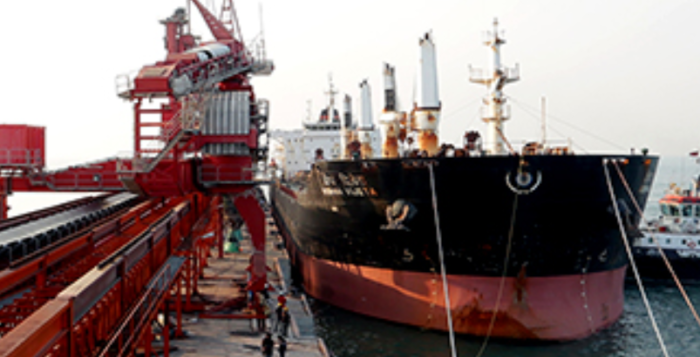 Essar Ports informed that higher capacity utilisation at its recently commissioned terminals at Salaya and Vizag, as well as an increase in third-party cargo will be the two key factors that will help the company achieve its target of handling 60 million tonnes of cargo by 31 March 2020.

Essar Ports’ first quarter cargo handling performance has been very strong and brought it closer to achieving its target throughput by the end of the current financial year.

Namely, for the quarter ended 30 June 2019, Essar Ports reported a 17.4% increase in cargo volumes across its four terminals. The total throughput stood at 13.5 million tonnes, up from 11.5 million tonnes in the same period last year.

All Essar terminals are now focused on bulk and dry bulk cargoes that are mainly used as raw material in core sector industries, like steel and power.

Our business is on a record growth trajectory with all terminals operating in full swing. Significant boost in third-party business and enhanced capacity utilisation of our anchor customers has been the key driver for the growth in volumes. We have consistently surpassed the average sectorial growth rate and are confident of achieving our target by March 2020

Essar Ports has invested Rs 11,000 crore in developing terminals in three Indian states. Its current operations consist of four terminals with an overall capacity of 110 MTPA, which is about 5% of India’s port capacity.

All Essar Ports terminals use cargo handling infrastructure and are equipped to double capacity in the near to medium term. The company now aims to increase cargo throughput, as well as capacity. If this happens it will contribute greatly to India’s target of developing 3,130 MT of port capacity in the country by 2020.

Outside India, Essar’s port assets include a liquid terminal in the UK and a coal terminal which is under development at Mozambique’s Beira port.