Emissions-free barge concept to be developed

by The Editorial Team
in Emissions, Shipping 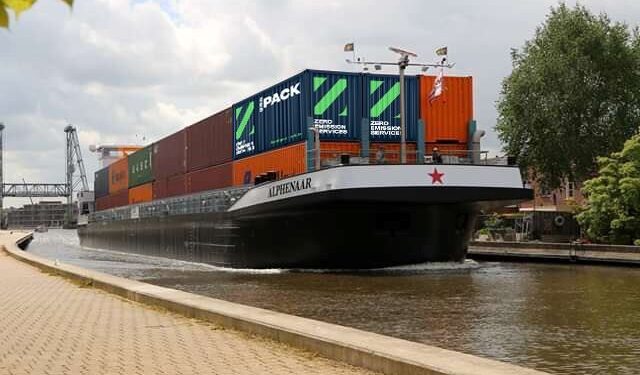 Wärtsilä has joined a consortium to form Zero Emission Services B.V. (ZES), an enterprise aimed at making inland waterway shipping more sustainable. The other founders of ZES are ING Bank, energy and technical service provider Engie, and the Port of Rotterdam Authority. The concept is supported by the Dutch Ministry of Infrastructure and Water Management.

Within the Netherlands transport sector, inland navigation accounts for 5% of carbon dioxide (CO2) emissions. By switching from diesel fuelled propulsion to fully electrically powered transport, an important step can be taken towards realising the Paris Climate Agreement goals.

The concept is based on the use of replaceable battery containers, to be known as ‘ZESPacks’. These will be charged using energy from renewable sources. A network of open access charging points will be set up for exchanging depleted battery containers for ready-charged replacements, thereby keeping waiting time to a minimum.

The ZESPacks are designed for multiple applications, enabling them to be utilised for temporary onshore use, such as stabilising the local electricity grid or meeting short-term demand for electrical power.

The project will initially be employed along the Zoeterwoude – Alpherium – Moerdijk corridor. Following this, it will be expanded to include the Amsterdam – Rotterdam – Antwerp corridor, making a connection to Nijmegen. The emphasis during the initial stage will be on converted and newly-built container carriers.