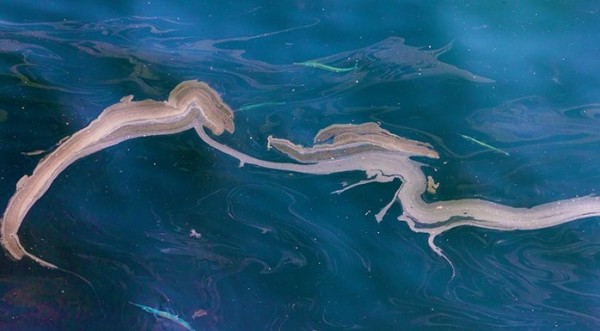 DSD Shipping is a Norwegian-based shipping company that operates the oil tanker M/T Stavanger Blossom, a vessel engaged in the international transportation of crude oil.  Also indicted were four engineering officers employed by DSD Shipping to work aboard the vessel, Daniel Paul Dancu, 51, of Romania, Bo Gao, 49, of China, Xiaobing Chen, 34, of China, and Xin Zhong, 28, of China.

According to the indictment, in 2014, DSD Shipping and its employees conspired to bypass pollution prevention equipment aboard the M/T Stavanger Blossom and to conceal the direct discharge of waste oil and oil-contaminated waste water from the vessel into the sea.  The operation of marine vessels, like the M/T Stavanger Blossom, generates large quantities of waste oil and oil-contaminated waste water.  International and U.S. law requires that these vessels use pollution prevention equipment to preclude the discharge of these materials.  Should any overboard discharges occur, they must be documented in an oil record book, a log that is regularly inspected by the U.S. Coast Guard.  Despite these requirements, DSD Shipping and its employees used a bypass pipe to circumvent pollution prevention equipment and discharge waste oil and oil-contaminated waste water directly into the sea.  DSD Shipping and its employees also filled plastic bags with waste oil from a sludge tank aboard the vessel and then discarded the oil-filled plastic bags overboard into the sea.

The indictment further alleges that prior to an inspection by the U.S. Coast Guard, Chen ordered crewmembers to remove the bypass pipe, install a new pipe and repaint the piping to hide the illegal discharges.  Chen and Zhong then ordered crewmembers to lie to the U.S. Coast Guard and instructed them to say that no plastic bags containing waste oil were discarded overboard, that all plastic bags remained aboard the vessel and to provide the incorrect quantity of bags generated from the cleaning of the sludge tank.  To further hide the illegal discharges of waste oil and oil-contaminated waste water, DSD Shipping and its employees maintained a fictitious oil record book that failed to record the disposal, transfer, or overboard discharge of oil from the vessel.  The oil record book also contained false entries stating that pollution prevention equipment had been used when it had not.

DSD Shipping and the engineering officers were charged with violating the APPS for failing to record overboard discharges in the vessel’s oil record book and garbage record book and with obstruction of justice and witness tampering for presenting false documents and deceiving the Coast Guard during an inspection.  If convicted, DSD Shipping could be fined up to $500,000 per count, in addition to other possible penalties.  Dancu, Gao, Chen and Zhong face a maximum penalty of 20 years in prison for the obstruction of justice charges.  An indictment is merely a formal charge that a defendant has committed a violation of criminal laws and every defendant is presumed innocent until and unless proven guilty.

In the beginning, I was explicit with you propecia before and after has changed my life. It has become much more fun, and now I have to run. Just as it is incredible to sit.