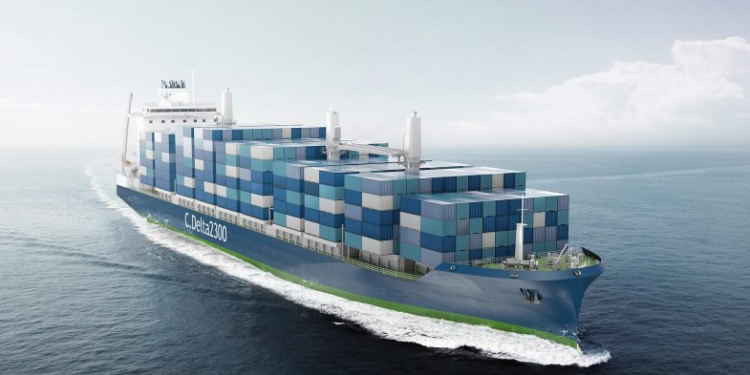 According to the company, this new design is based on extensive research and development work to establish the best-in-class design in terms of cargo capacity, flexibility and fuel economy, as well as the proven performance of the built Polar Code C.Delta2150 design.

“It provides a flexible platform for a whole series of designs, which can be adapted to various customers’ requirements as a result of several optional feature studies. The platform design is “future-proof”, taking into consideration possibilities to use alternative fuels to reduce carbon footprint or even zero-emission power production”.

What is more, the choice of the main dimensions (length, breadth, block coefficient in combination with a larger propeller) in total results in a higher speed respective in less power demand at the design speed/contract point compared with reference designs.

Cruise transits to continue in Venice despite ban

For the record, the vessel provides a container capacity of 2,100 TEU in four cargo holds and on deck.

In addition, extensive effort has been focused on the C.Delta2100 hull form development to ensure low resistance combined with high propulsion efficiency.

Namely, this included dozens of CFD calculations and three series of model tests at the Hamburg Ship Model Basin (HSVA). The performance has been proven in C.Delta2150 sea trials.

A low deadweight per TEU ratio of about 15.2 DWT/14t TEU is thus achieved, which is commonly gained only in larger container ships. The vessel complies with EEDI Phase 3.