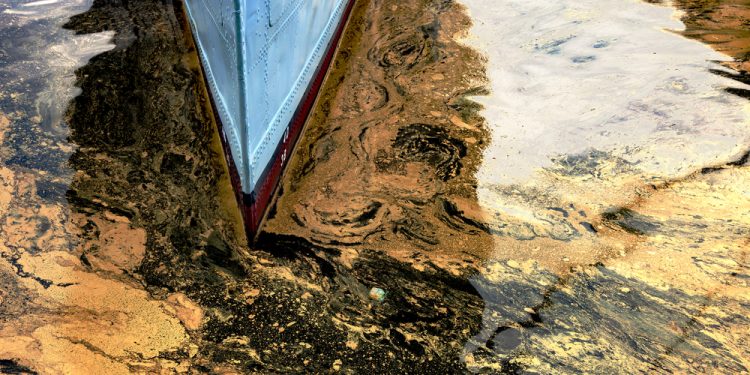 An oil spill was reported in English Bay, Canada, on January 21, that came from a Greek-owned containership.

According to information, the incident involving the 8,468-teu Europe (built 2004), which had arrived from Prince Rupert and remained anchored off Vancouver.

More specifically, the coast guard said a pilot notified it of pollution from a ship in the area. The organisation identified the Danaos-owned post panamax as the culprit.

Namely, a spill was visible from the air close to Spanish Banks beaches, but the most recent updates informs that the oil had not reached the shore.

According to estimations, around 60 and 100 litres of fuel was released into the water, the coast guard said, while a boom has been deployed around the vessel.

In addition, the ship’s owner has also activated a response and has contracted the Western Canada Marine Response Corporation (WCMRC) to respond.

In the meantime, a helicopter, drones and pollution response vessels were sent out to look for any remains of the fuel released.

As the Canadian Coast Guard reported, responders reported some non-recoverable sheen off Point Grey and the North Arm, and an initial drone and helicopter surveys of shorelines found no impact to shorelines.

Transport Canada has now launched an inspection of the vessel.