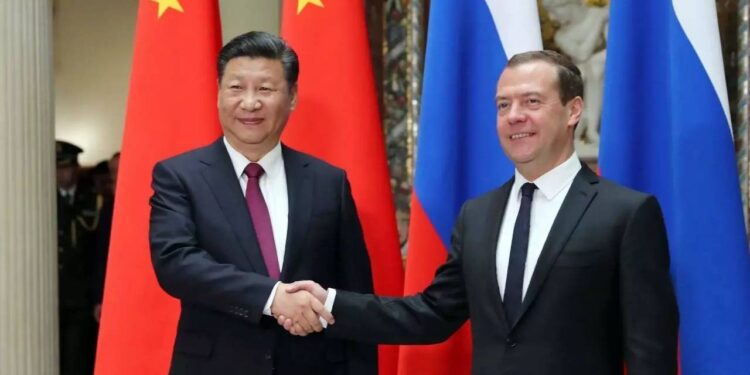 Chinese president Xi Jinping and Russian Prime Minister Dmitry Medvedev agreed that the two countries can join forces for the development of maritime passageways, particularly the Northern Sea Route, so as to foster an “Ice Silk Road.”

In June, China launched a “Vision for Maritime Cooperation under the Belt and Road Initiative,” with the aim to promote, among others, for the first time, a blue economic passage leading up to Europe via the Arctic Ocean. The Arctic route means a shorter alternative route to Europe for Chinese companies, providing at the same time chances for cooperation with countries along the route.

Sailing distance between ports in northern China and Western Europe, the North Sea and the Baltic Sea is 25 to 55 percent shorter than the traditional shipping routes, according to Belt and Road Portal. The Arctic route is expected to enhance the importance of ports in northern China, such as Dalian and Tianjin.