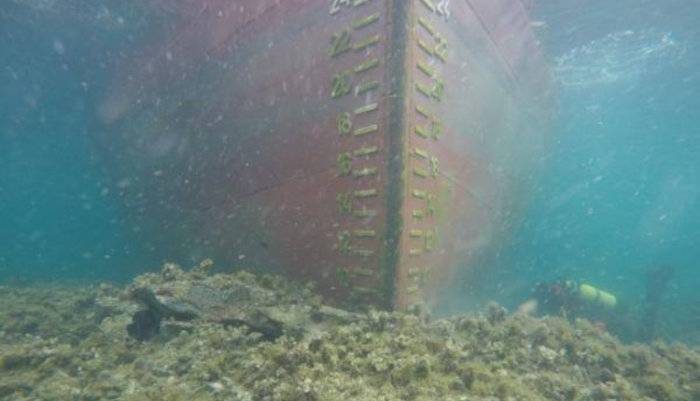 Credit: Maritime Prefectrure of the Mediterranean

A cargo ship ran aground on October 13 in a marine reserve in the Strait of Bonaficio, off Corsica, France. No oil appears to have been spilled, according to the maritime police said, but anti-pollution measures are being deployed.

The cargo ship 'Rhodanus' was transporting 2,650 tonnes of steel coils, as well as seven crew, when it grounded in the Mouths of Bonifacio nature reserve, as it missed an opening in the strait.

Moreover, the AFP news agency reports that the captain did not turn in time and sailed straight for the coast. In the meantime, traffic controllers in Corsica and nearby Sardinia were making repeated calls to the ship for about an hour, to change the course of the ship.

After the grounding, the ship got lodged in sand, while no oil was spilled. To prevent such case however, anti-pollution measures have been established.

Now, maritime police have boarded the ship, while a marine intervention team left Toulon on southern France to inspect the damage.

What is more, the authorities have banned any ships or other nautical activities in a one-kilometre (0.6-mile) radius of the grounded ship.