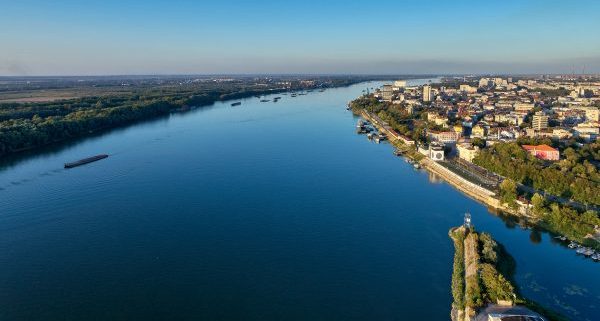 Captain arrested, death toll to rise after the collision in Danube river

After two tourist vessel collided in Danube river, Budapest, which led to seven dead and 21 missing, the Hungarian police authorities arrested the captain of the vessel that caused the collision. Reuters reports that flood waters made it impossible for the rescuers to reach the submerged boat on Saturday, June 1. The factors that caused the accident remain unclear, for the time being.

The Ukrainian captain of the vessel denies the accusations, supporting that he didn't brake the law or committed a criminal offence.

Police said its investigation yielded evidence that raised personal responsibility, so it questioned the Viking Sigyn captain as a suspect.

Specifically, the Hungarian court ordered his arrest for a month, with the possibility of a $50,000 bail for his release. Yet, the prosecutors denied the possibility of bail, so the captain will remain behind bars until the court rules on the appeal in the next weeks.

Once he is released on bail he will not be able to leave the boundaries of Budapest. He still feels distraught over the number of victims this accident produced and asked us to convey his condolences to the families of the victims.

Thus, the attorney highlighted that the captain was not at fault and that there was not much evidence to keep the captain locked up.

He, also, noted that the captain didn't conduct navigational errors, whereas a lot of data is missing from the procedure.

In the meantime, the National Water Authority reported that the water is expected to fall to 4 metres, 2 metres less for its current state, in mid-week. This will enable the search and rescue operations conduct their research in the area for missing bodies, and will also help them remove the wreckage from the riverbed.

Due to the high water, divers and rescue teams were unable to reach the wreck of the passenger boat, while a diver was swept away and later rescued.

Reuters added that according to police, the smaller boat turned on its side and sank within seconds of the collision under a bridge near Hungary’s parliament building.

Hungarian Prime Minister Viktor Orban sent his condolences to Seoul, while South Korean President Moon Jae-in said the authorities would work with the Hungarian government to investigate the cause of the accident.