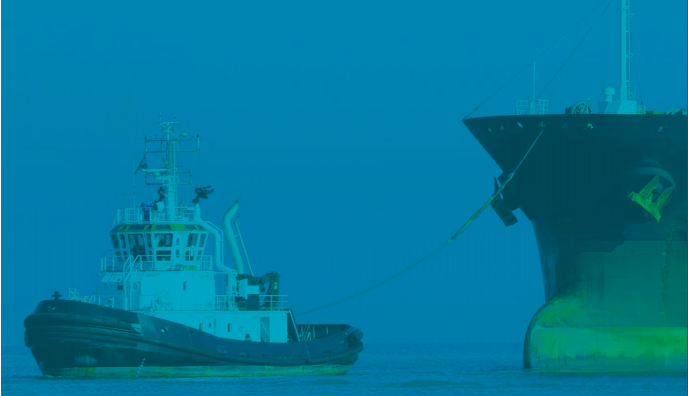 Clear Seas Centre for Responsible Marine Shipping launched the 'Availability of Tugs of Opportunity in Canada’s Pacific Region' research report according to which there's a possibility that Canada's West Coast experiences some gaps in the availability of commercial tugs to serve as emergency towing vessels for ships in distress.

Specifically, the report highlights that the tugs are also known as 'tugs of opportunity' since they are not to be used necessarily for rescue efforts. The report characterizes both the potential capability and the availability of commercial tugs engaged in usual trade for use as Emergency Towing Vessels (ETVs) in Canada’s Pacific Region.

According to the report, due to the fact that the tugs' traffic patterns don't change much from year to year, AIS data from 2016 were used to identify the tugs active in Canada’s Pacific Region and represent typical tug activity.

Consequently, the tugs were divided into four categories:

Tugs of opportunity offer an inadequate layer of protection for the size and type of ships now transiting our coast and ought to be complemented with a dedicated capability. Our research shows that tugs of opportunity have limited capabilities to respond in severe weather and do not have the power to tow larger ships that are more susceptible to greater drift speeds.

In the meantime, a limitation faced is the distance between the areas these tugs most often travel as they engage in trade (near-shore waters) and the offshore areas where ships transit on their way to Canadian or US ports.

Moreover, tugs are mostly found in near-shore waters from Vancouver to Alaska.

The assessment also found that aside from bollard pull there are other considerations necessary to evaluate the suitability of an ETV, including:

This study identifies three gaps of varying severity in the current tug of opportunity system.

Concluding, the report aims to demonstrate how often tugs of a certain capacity may be available based on historical data but does not assess all factors that would determine the outcome of an incident requiring an emergency tow. 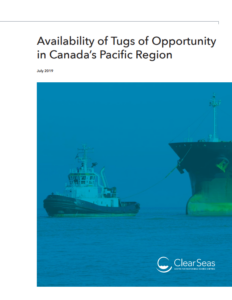