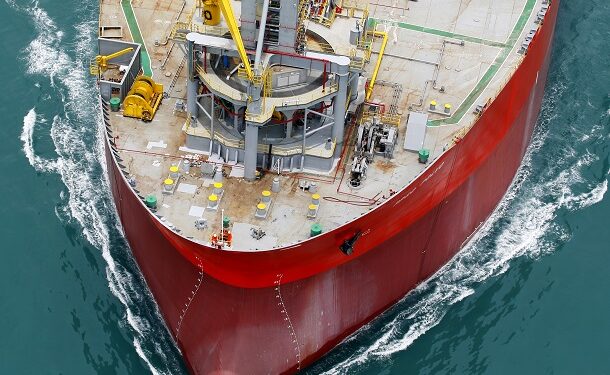 Close-up on the Bow of Polvo

BW Offshore announced that it has received a contract extension for the lease and operation of the floating production storage and offloading (FPSO) unit ‘Polvo’.

The FPSO Polvo was constructed in 2007 and is located in the Campos basin, off Rio de Janeiro.

BW Catcher FPSO is owned and operated by BW Offshore and the First Oil Certificate confirms the beginning of a seven-year fixed term contract, with extension options of up to 18 years. The FPSO unit features an oil storage capacity of 650,000 barrels and a can process up to 60,000 barrels per day. Lastly, the BW Catcher FPSO has a design life of 20 years of uninterrupted operations.