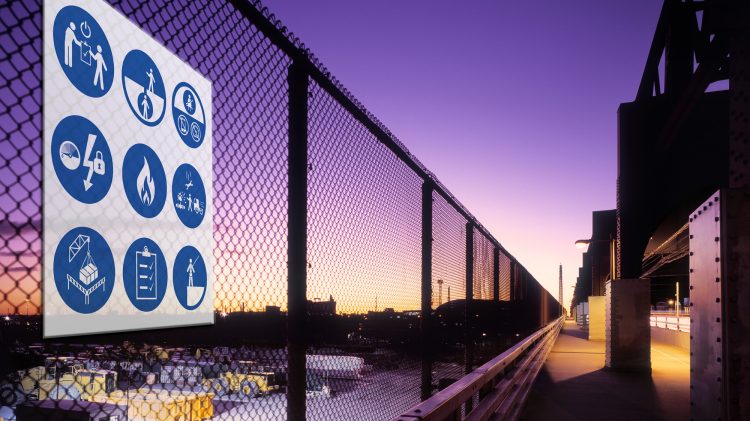 Above image is used for illustration purposes only / Credit: BP

British oil major BP announced that it will leave three US-based organizations, following a review examining the alignment of their climate-related policies and activities with BP’s positions. This comes as BP unveiled ambition to become a net zero company by 2050, earlier this month.

More specifically, BP is a member of many trade associations around the world, some of which engage in lobbying and advocacy on matters which they consider to be important to their members.

Over the past six months, BP has conducted a review of how key trade associations’ climate-related activities and policy positions align with BP’s positions.

Of 30 associations, we found 22 aligned with our positions, five partially aligned and three not aligned – which we have decided to leave.

Earlier this month, BP introduced its ambition to become a net zero company by 2050 or sooner and to help the world get to net zero, as well as ten aims that underpin it.

These include the aim to set new expectations for relationships with trade associations around the globe and the review published today is part of this aim.

BP will pursue opportunities to work with organisations who share our ambitious and progressive approach to the energy transition. And when differences arise we will be transparent. But if our views cannot be reconciled, we will be prepared to part company. My hope is that in the coming years we can add climate to the long list of areas where, as an industry, we work together for a greater good,

BP has identified a further five organisations with which it is only partially aligned on climate. BP has communicated these differences to these associations.

BP has also communicated clear expectations with regards to climate positions and transparency to all associations within scope of the review.

This is an ongoing process – BP plans to undertake another review in around two years’ time.

BP position on climate change and the energy transition

In addition, to meet the Paris goals, BP believes that BP and the world must take strong action on a range of fronts:

3. Reducing emissions – rather than promoting one fuel as the answer.
4. Carbon pricing – putting a price on carbon to help drive action in an efficient and cost-effective way.
5. Energy efficiency – improving energy efficiency, where the greatest reductions in emissions can be achieved.
6. Technology – using and deploying new technologies, such as carbon capture, use and storage.
7. Carbon offsets – utilizing natural climate solutions through land-use projects and the role of offsets. 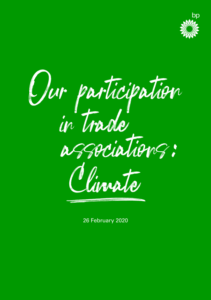