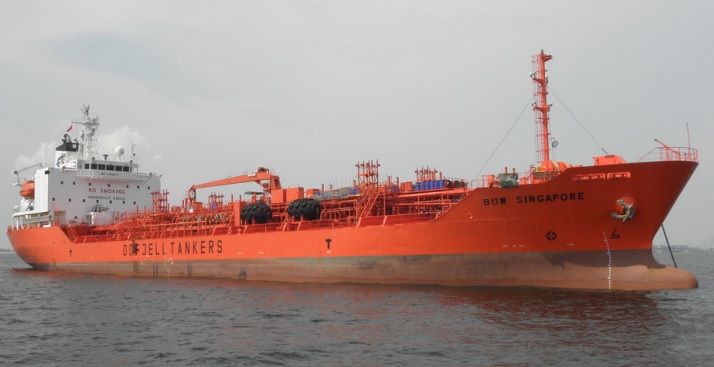 The Australian Transport Safety Bureau (ATSB) issued an investigation report on the grounding of a products and chemical tanker in the port of Philip, Victoria, in August 2016, highlighting the importance of a well-formulated maintenance plan for safe navigation.

On 19 August 2016 at 1458, a Port Phillip Sea Pilot boarded 'Bow Singapore' outside Port Phillip, Victoria. The pilot was to conduct the ship through The Rip and the South Channel to an anchorage in the northern part of Port Phillip.

At 1614, as the ship neared the eastern end of the South Channel, the rudder ceased responding to helm inputs and remained at 5° to port. The ship started swinging towards the edge of the channel. Steering was regained a short time later but, despite the efforts of the pilot, the ship grounded at 1617.

On 20 August at 0040, Bow Singapore was re-floated, with the assistance of the rising tide and a tug. The ship proceeded to anchor and, later, to the discharge berth in Geelong. After discharging cargo, the hull was inspected by divers and no damage was found.

Bow Singapore’s planned maintenance system for the steering gear did not include or contain any schedules for detailed inspections or parts replacement. For equipment, particularly that which is critical to the safe operation of a ship, it is important that there is a well-formulated maintenance plan that includes inspection, testing and planned maintenance. 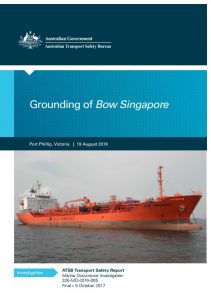