ATSB investigation: Keeping a proper lookout is of vital importance 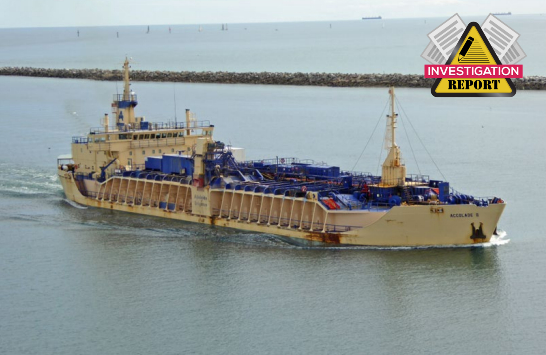 At about 0438 local time on 29 February 2020, in darkness and clear visibility, the inbound fishing vessel Sandgroper collided with the outbound self-discharging bulk carrier Accolade II, off the entrance to Port Adelaide, South Australia.

The collision occurred within port limits shortly after Accolade II had exited the Port Adelaide channel and resulted in significant structural damage to Sandgroper and minor damage to Accolade II. There were no injuries reported on either vessel.

The ATSB found that a proper lookout using all available means was not being maintained on board either vessel in the time leading up to the collision. Consequently, neither vessel was aware of the risk of the collision posed by the other until shortly before the collision when it was too late to take effective avoiding action.

Accolade II’s bridge team did not have a complete appreciation of the traffic situation and of the risk of collision outside the port channel before the ship exited the channel. In particular, effective use was not made of radar and a dedicated look-out was not posted in darkness.

Sandgroper’s skipper initially sighted Accolade II while the ship was still in the channel. However, a proper look out was not subsequently maintained using all available means, including radar and radio.

As a result, Sandgroper’s skipper was not aware that Accolade II had exited the port channel and a close quarters situation with the ship was developing. While Sandgroper was not equipped with, nor required to be equipped with, an automatic identification system (AIS) transceiver, had one been fitted, it would have improved the vessel’s detectability. That in turn would have increased the chances that the vessel was detected by Accolade II’s bridge team in sufficient time to avoid collision.

Following this incident Sandgroper was fitted with an AIS transceiver. Accolade II’s managers (Inco Ships) advised that a navigational audit of the ship’s operations was conducted, which resulted in several recommendations to improve the ship’s bridge resource management practices.

The safety of fishers and people in small boats continues to be of concern to the ATSB as collisions between trading ships and small vessels on the Australian coast continue to occur. Safety investigations into such collisions have consistently shown that the keeping of a proper lookout by all available means, including radar, radio and AIS, in accordance with the collision regulations could have prevented most of these collisions.