Port of Seattle aims to be carbon neutral by 2050 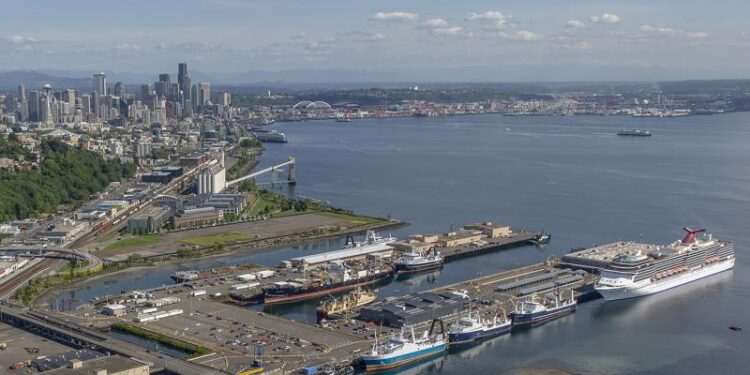 The Port of Seattle voted to accelerate its emission reduction efforts by ten years to be net zero or better for Port-owned emissions by 2040.

The Port also committed to accelerating and expanding its goal for emissions from industries operating at its facilities to be carbon neutral or better by 2050.

The policy directives were timed to coincide with the Conference of Parties 26 (COP 26) meeting in Glasgow, Scotland.

The urgency for climate action is underscored by the UN Secretary General’s recent statement that the impacts of climate change are a ‘code red for humanity. The Port’s actions reflect our recognition of this urgency. Along with our partners at the Northwest Seaport Alliance (NWSA), we’re making significant investments in green infrastructure, such as shore power, to enable our tenants to meet their climate goals as well.

Recognizing the urgency of action needed to address climate change, the Port of Seattle updated the greenhouse gas reduction objectives to the following:

Continuing its emphasis on decarbonization, the Port also announced participation in new exploratory studies of renewable hydrogen as a future vehicle and maritime fuel source, a new partnership with Seattle City Light (SCL) and the NWSA to focus on waterfront electrification, and its membership in a global maritime shipping decarbonization coalition called Getting to Zero.