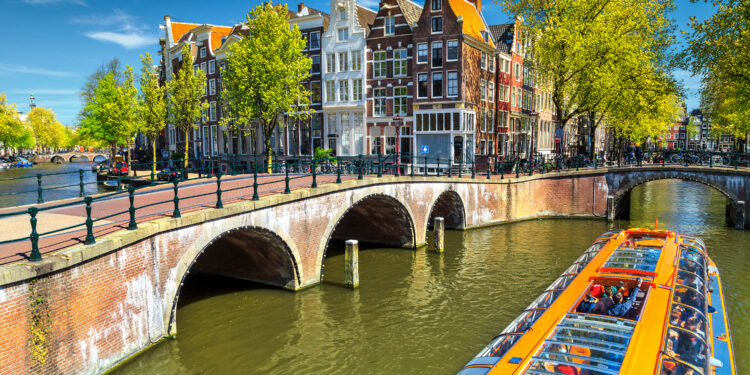 Amsterdam canal boats are being converted to electric in line with the new Green Party mayor’s plans to ban diesel engines from the center’s ancient canals by 2025 and the city’s overall efforts to combat climate change.

The transition among commercial vessels is well underway, with 75% of the 550 on the city’s water qualifying as emissions free, according to city spokesman Wouter Keuning as quoted by Reuters.

Canal boats are significant part of the transition, as they constitute Amsterdam’s most popular tourist attraction, each in use up to 14 hours per day.

The latest example is the conversion of the century-old canal boat Gerarda Johanna, which features now a total of 66 lithium ion batteries, with an electric drive train powering its propeller and also its own berth and charging station.

As explained, it would cost $1.1 million to build a new electric canal boat, but owner Rederij Kooij, one of the city’s largest operators, is converting its existing fleet one by one as they come up for maintenance, adding around 50,000 euros to a 150,000 euro repair bill. So far 13 out of 29 are done.

The city is working with contractors to have 100 boat charging stations installed by the end of 2021, as well as a floating charging station launched by Skoon Energy this week, expected to help with grid balancing.