A broader safety platform for seafarers in distress

by Peter Broadhurst
in Connectivity, Opinions 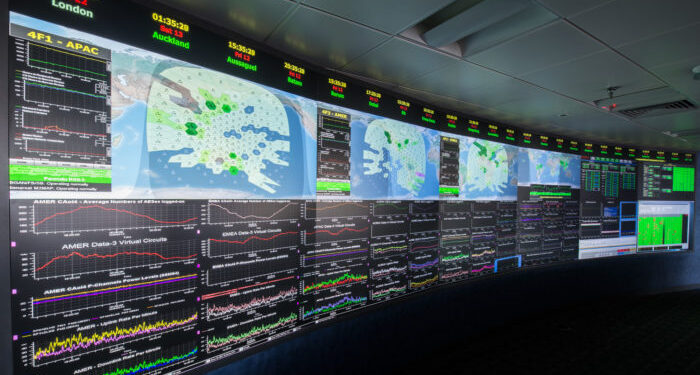 Mr. Peter Broadhurst, SVP Safety and Security, Inmarsat Maritime, talks about the next steps toward GMDSS modernisation. Following recent decisions covering the Global Maritime Distress and Safety System (GMDSS) at the International Maritime Organization, real progress can be made to enhance the functionality of the satellite-based emergency service seafarers call on in the last resort.

Recent progress at the International Maritime Organization to modernize the free-at-point-of-use GMDSS has major consequences for the messaging functionality and last resort connectivity available to the world’s 1.65 million seafarers.

GMDSS effectively gives seafarers their own emergency service, accessing the satellite and terrestrial technology to ensure that vessels in peril can always get through to a Maritime Rescue Coordination Centre (MRCC), and Search and Rescue (SAR) operations can be launched. Under the Safety of Life at Sea (SOLAS) convention, cargo ships of 300GRT and upwards and passenger ships on international voyages must have GMDSS-compliant satellite equipment installed which meet 99.9% service availability and other performance standards set out by IMO in A.1001(25).

These criteria have been devised to ensure that, wherever a ship is in the world, its Master needs only press and hold the dedicated distress button on the satellite terminal for four seconds to trigger transmission of an undesignated distress alert containing the vessel’s details and position. If time permits, the Master can choose to add extra information, such as the nature of the emergency, before sending the alert. Alerts travel via satellites to and ground infrastructure via the associated MRCC.

Distress alerts – both ship-to-shore and shore-to-ship – have the highest priority over all other traffic over the satellite network, which means any non-distress connection will be superseded to ensure they get through immediately. Once the distress alert is received, the MRCC will respond to check it is not a false alarm. When they receive confirmation, or if they get no further response, the MRCC instigates SAR operations, including sending a distress alert relay to other vessels in the area.

Critically, the messaging architecture behind the GMDSS has been developed to prevent incidents happening in the first place, by supporting the transmission of Maritime Safety Information (MSI) warnings that include navigational hazards and approaching storms.

However, the GMDSS was originally adopted in 1988, with its deployment phased in from 1992 until full implementation in 1999. Although there have been enhancements over time, a full-scale modernisation has become pressing to take advantage of significant advances in satellite infrastructure and maritime software/hardware.

The undertaking is a multi-year project, as IMO reviews technical progress and overhauls GMDSS rules and the way they have been embedded in one of IMO’s most important instruments – the Convention for the Safety of Life at Sea (SOLAS). Although underway for some time, the full outcome of detailed work will take three further sessions of the UN agency’s Navigation, Communications and Search and Rescue (NCSR) sub-committee, with support from other sub-committees also required, for example to develop seafarer training model courses. IMO envisages 2024 as the entry into force date for new generation, data-rich GMDSS services, based on the regulatory framework being in place by 2021.

Nevertheless, 2018 has proved pivotal for GMDSS. From its inception, only Inmarsat has met the performance standard set for GMDSS, through Fleet 77 and then subsequently Inmarsat C services. However, May’s Maritime Safety Committee meeting approved Fleet Safety, Inmarsat’s FleetBroadband and Fleet One services and Iridium’s ‘NEXT’ service, predicted available from 2020 via new generation Low Earth Orbit satellites. Furthermore, IMO accepted a request from China’s BeiDou Navigation Satellite System to evaluate a third new proposal for GMDSS.

To date, Inmarsat has made the most extensive disclosures on what the upgraded GMDSS services will mean for those at sea. Its L-band FleetBroadband service was introduced in 2007 and passed the 50,000 terminals delivered landmark in 2017, where services operate over the existing Inmarsat-4 constellation. Inmarsat’s new I-6 satellites, due in service in the early 2020s will offer hybrid L-band/Ka-band connectivity. Inmarsat’s new generation 1Mbps-plus maritime safety terminal incorporating FleetBroadband for voice and data communications and additional features such as distress chat has been part of the IMO’s performance approvals of Fleet Safety.

While the mandatory role set out for satellite operators in GMDSS ends with providing the approved satellite system, their responsibilities are more extensive given that distress alerts will be carried over the relevant network. Today, for example, Inmarsat’s Network Operations Centre (NOC) team receives notification of all distress alerts and monitors MRCC responses to ensure they are being actioned. If for any reason the alert has not been answered, an Inmarsat team member will call the nearest MRCC to request urgent assistance, going over and above the IMO requirements.

In line with this established practice, Fleet Safety is a full end-to-end upgrade for GMDSS modernization that also includes the newly-developed RescueNet and SafetyNet II messaging services. These supersede the existing messaging architecture that has been keeping ships at sea in touch with the Maritime Rescue Coordination Centres (MRCCs) coordinating Search and Rescue services worldwide via Inmarsat. Both are simultaneously broadcast over Inmarsat C, Mini C and FleetBroadband, with web-based SafetyNet II replacing the internationally-established SafetyNet system for broadcasting and reception of Maritime Safety Information (MSI) and RescueNet, meanwhile, enhances MRCC communications by enabling real-time coordination during a search and rescue.

Both SafetyNet II and RescueNet also allow the person who has sent a message to monitor its status and see whether it has been sent, scheduled or cancelled and broadcast correctly, while also being able to view available MRCCs registered on the system, including the email and telephone number. If a Fleet Safety Distress Alert is sent to an MRCC that is off-line, the system automatically redirects the Distress to an appropriate geographically defined MRCC, with Inmarsat’s Network Operation Centre also monitoring traffic: if a primary MRCC is off line for more than 60 seconds, the NOC is alerted and contacts the MRCC for assistance.

MRCCs and Maritime Safety Information Providers (MSIPs) are already transitioning to SafetyNET II and RescueNET, which officially went live in November 2017. In fact, the service assisted maritime rescue operations during its trial period, including the June 2017 retrieval of a fishing vessel crew by MS Albatros, after three days adrift 200 nautical miles off Tonga. Rescue Coordination Centre New Zealand Manager, Mike Hill, says: “Fleet Safety and in particular, SafetyNET II proved itself as of great use in assisting in these rescues.

Working via Inmarsat C, Mini C and Fleet Safety, RescueNet is also already being used by more than 20 countries and the first multi-country SAR exercise to utilise the system will be conducted by MRCC Riga in August 2018. Again, RescueNET brings new functionality that includes distress chat, whereby the MRCC can enable simultaneous communication with multiple MRCCs and vessels for SAR co-ordination, as well as web-based access to Inmarsat vessel databases.

As noted, however, going forward Inmarsat will no longer be the sole satellite operator approved to offer GMDSS services. Although a timetable has been set for modernising GMDSS, the path towards interoperability and managing the multiple relationships between suppliers and MRCCs has not so far been laid.

Peter is an experienced Sales, Marketing and General Manager with a technical background and over 25 years’ working in the Maritime industry. A proven track record of leadership, mangement, global and regional sales, business development, marketing and product development. Experienced in both business-to-business and business-to-consumer distribution channels driving expansion and market growth. Currenly, Peter is the SVP Safety and Security at Inmarsat Maritime.