7 dead after fire erupted on ferry 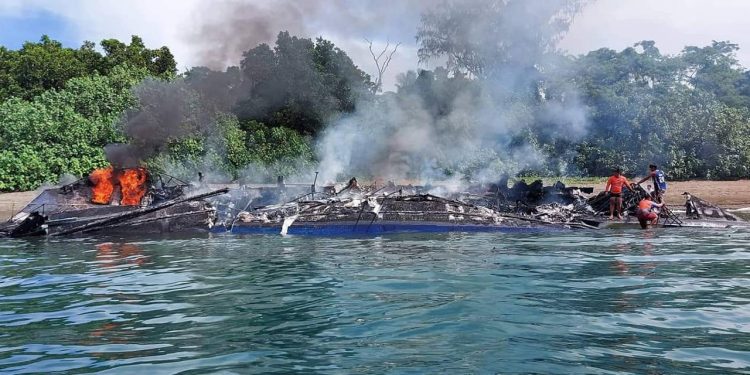 Seven people are confirmed dead after a passenger vessel caught fire off Quezon province, Philippines, on May 23.

According to local media, the fast ferry Mercraft 2 was approaching the Port of Real after having earlier departed nearby Polillo Island when a fire erupted on board on the morning of Monday.

Personnel from the Philippine Coast Guard and the crews of some nearby Good Samaritan vessels came to help the burning ferry, rescuing 123 people in the process.

Twenty-six individuals suffered serious injuries and have since been brought to hospital.

The coast guard said search and rescue/recovery operations are still ongoing to locate four other people who were on board the ferry when the incident took place.