30 years passed since the Herald of Free Enterprise disaster 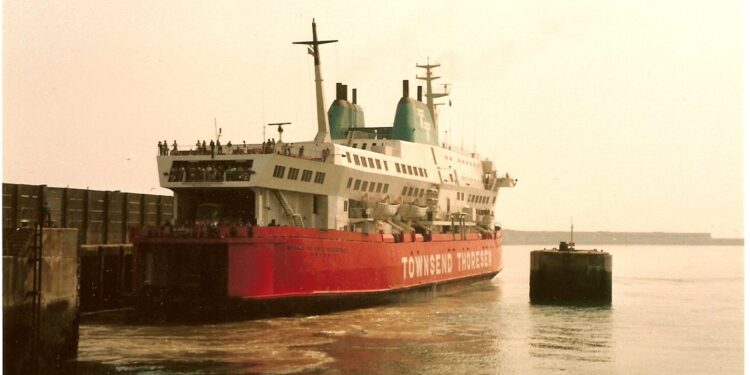 Grieving families affected by the Herald of Free Enterprise disaster gathered to mark the 30th anniversary memorial service in Dover, on March 6. The Herald capsized in just 90 seconds after setting sail from Zeebrugge, Belgium, on Friday March 6, 1987. It was on course for Dover, when tragedy struck and 193 people lost their lives.

During the service, staff from the Port of Zeebrugge at the time handed over the bell recovered from the ship to Sailors’ Society CEO, Stuart Rivers, and Brian Gibbons, the last survivor to be pulled out alive.

Daniel Lamote, who was safety officer at the Port of Zeebrugge, said the bell had been kept in an attic and he persuaded the owner to release it to him for this purpose: “Our only intention was to bring the ship’s bell where it belongs, St Mary’s Church Dover, in honour of all of the victims, survivors, family and friends.”

The former Bishop of Liverpool, the Right Reverend Bishop James Jones KBE, spoke at the service, which is held annually at St Mary’s Church by maritime charity Sailors’ Society.

Bishop Jones told families in his sermon: “There’s no such thing as ‘closure’, nor should there ever be, for love. The re-living and the remembrance, the quest and the questioning keep alive the love for the one who has died and give expression to their worth. So, here today in this service you are keeping your love alive.”

The governor of West Flanders, Carl Decaluwé and Stuart Rivers exchanged video messages, which were shown to the congregations in Dover and Zeebrugge.

Governor Decaluwé said: “Neither in Belgium, nor in the UK, have we forgotten the victims and rescuers of the Herald. We are today united in our commemoration.”

In his message Mr Rivers said: “Over the years we have been humbled to hear the most wonderful stories of heroism, tales of the most incredible courage from passengers and crew. Some gave their lives so others could live and we look back on the selfless actions of the rescue services with huge pride and gratitude.”

After the service, family members affected by the disaster joined together on the Prince of Wales pier to commit wreathes to the sea, in memory of their loved ones.

Pim Korver made an award winning documentary on the salvage of the ship and its cargo, please click herebelow to view it:

The flooding and subsequent capsize of the roll on/roll off passenger ferry Herald of Free Enterprise, on 6 March 1987, resulted in the loss of 193 lives.

One of the outcomes of the investigation of this accident was the formation of the Marine Accident Investigation Branch (MAIB) in 1989.