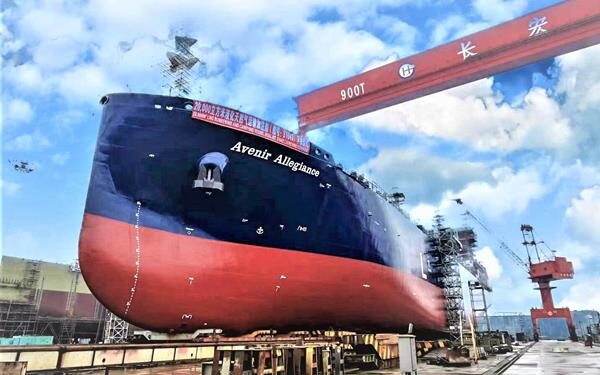 Due for delivery from CIMC Sinopacific Offshore & Engineering Co. (CIMC SOE) in the third quarter of 2021, this will be the first 20,000cbm vessel to join the fleet of UK-based Avenir LNG Limited and become the world’s largest LNG bunkering vessel.

Allegiance will be Cayman Island-flagged and the fourth of six newbuilds delivered to Avenir LNG. As explained, the Allegiance will operate as both an LNG bunkering vessel and an LNG supply vessel.

The company took delivery of its first newbuild, Avenir Advantage, in October 2020 and will be followed by the Avenir Accolade, Aspiration, Allegiance, Ascension and Achievement this year.

As the largest LNG bunkering vessel in the world, the Avenir Allegiance is a clear demonstration of our commitment to developing new LNG supply chains globally. She will play a critical role in helping the shipping industry to transition to LNG as a more environmentally sustainable fuel,