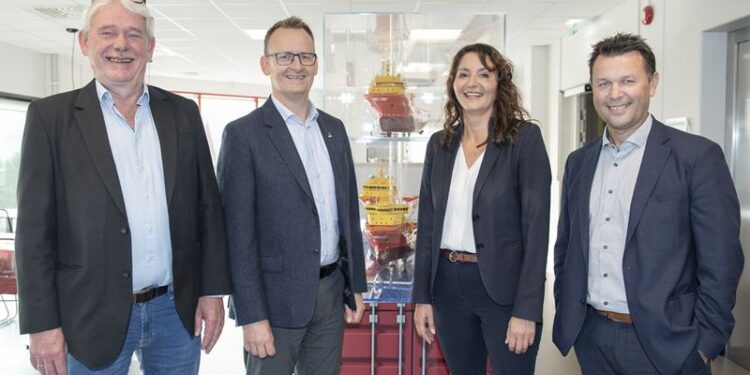 Wärtsilä and Eidesvik Offshore ASA have signed a cooperation agreement aimed at converting an offshore supply vessel (OSV) to operate with an ammonia-fueled combustion engine with required fuel supply and safety system.

This project will be the first of its kind ever in the world and has a provisional completion target by the end of 2023.

The OSV considered for a retrofit currently has Wärtsilä dual-fuel engines operating primarily with LNG fuel. The conversion will allow the vessel to operate with a 70% ammonia blend.

The ultimate goal is to achieve operation with 100% ammonia and with a minimum ignition fuel requirement.

Using ammonia as a fuel is seen as a key future contributor to shipping’s energy transition, and we’re excited to be the first offshore ship owner taking this step

Furthermore, Hans Petter Nesse, Managing Director of Wärtsilä Norway, added that the company is “already well advanced in the development of ammonia as a viable marine fuel, and are actively working on other future carbon-free fuels as well.”

Wärtsilä and Eidesvik are also partners in the EU-funded ShipFC project to equip a platform supply vessel, the ‘Viking Energy’ with a 2MW fuel cell running on green ammonia. The installation is scheduled to take place in late 2023.