The role of business leaders in diversity and inclusion post-COVID: Where we stand 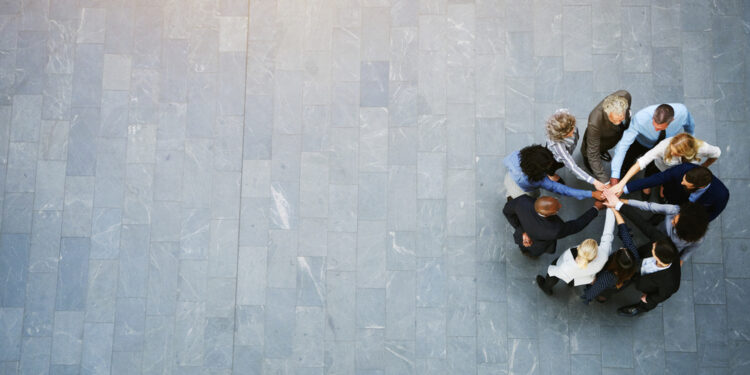 While business leaders have recognized the urgency to build a diverse and inclusive culture, they have been slow to adopt traditional accountability measures and have failed to hold their leadership responsible for meeting and publicizing diversity and inclusion targets, according to a new UN study.

Drawing responses from a total of 1,122 CEOs globally from April to June 2021, the UN Global Compact study unveiled that diversity and inclusion appear to remain a priority for organizational leaders across the world, despite the unprecedented shock of COVID-19 pandemic, with 92% of companies surveyed saying they have ongoing diversity and inclusion initiatives, and 94% of CEOs surveyed reporting that initiatives across race, gender, LGBTIQ+ protection, and disabilities were not negatively impacted by the pandemic.

Tackling fire onboard: Where we stand

The COVID-19 pandemic seems to have widened the economic gender gap increasing the urgency for action and ambitious target setting. Most surveyed companies report to have gender equality policies in place, with 82% of companies saying gender equality is embedded in their CSR strategy, 87% of companies having implemented or plan to implement flexible working arrangements in response to the pandemic, and over half of companies (55%) reporting to have policies supporting working parents, including parental leave, childcare and post-parental leave support. Meanwhile, female-led businesses have reported greater financial constraints in progressing sustainability as a direct result of COVID-19, but, at the same time, those businesses are doubling down on their commitment to sustainability.

Women leadership is an open area of discussion in all sectors, especially maritime industry where current data reveal that only the 5% of maritime leadership roles onshore is occupied by women, acting as a main factor to the gender pay gap.

LGBTIQ-based violence (affecting both men and women) violates equality as a basic human right and, from a CSR perspective, shipping industry makes no exception in the global business sector to ensure a safe working environment for all employees and related persons. Data by Human Rights at Sea suggests that, in the maritime community, LGBT personnel experience harassment, bullying, sexual violence and rape, while there are also suggestions that some suicides at sea are directly related to sexual orientation.

Things seem brighter for elimination of racism, with 81% of CEOs saying they have instituted practices and procedures to fully eliminate systemic racism across operations and the wider ecosystem. 59% of companies surveyed with more than 50,000 employees say they have implemented unconscious bias trainings at all levels of employment and 72% with more than 50,000 employees adopting inclusive recruitment strategies to achieve greater diversity across their workforce.

In shipping, racism mostly takes the form of gender discrimination, as any genders other than men are underrepresented especially onboard and in leadership positions, of age discrimination, given that the age gap between employees in the workplace can now be as much as 50 years, and of ethnic backgrounds as shipping is a particularly multi-cultural industry.

What does this mean for the future of work?

While a progress seems evident, the overall outcome of the study is that leadership accountability remains in a nascent stage globally, with only 38% of companies surveyed having publicly announced diversity and inclusion organizational targets. In order to break down barriers and address prejudices, the leaders of maritime community, a heavily tradition-oriented industry, should recognize the benefits of diversity at all levels of the hierarchy and across all job functions and, at the very least, engage with LGBTIQ+ communities and support a robust education package on inclusion.

Challenging unconscious bias at work is not an easy task and requires all leaders in a self-level recognize their own biases and then identify which biases are most likely to affect their businesses, to mark the step into transformational leadership, where people feel included and appreciated. Building trust will be the key bet for leaders in the future of work post-COVID, especially as a Great Resignation trend seems to unfold among millennials. Whether virtual or in person, leaders should ensure that everyone’s voices are acknowledged and heard within the workplace, to ensure a non-discrimination and highly productive environment.

We know that companies have the power – and must use it urgently to imagine, create and sustain a better world that values all people, providing them with respect, dignity and equality

UNGC and Accenture have launched a new UN LGBTIQ+ Standards Gap Analysis Tool to help companies in implementing the UN Standards of Conduct for Business to tackle discrimination against lesbian, gay, bi, trans, intersex and queer people in the workplace and beyond. The tool consists of a gap analysis methodology and questionnaire and is supported by a scoring system and recommendations on how to close gaps and strengthen policies, processes and methodologies to ensure LGBTIQ+ inclusivity.