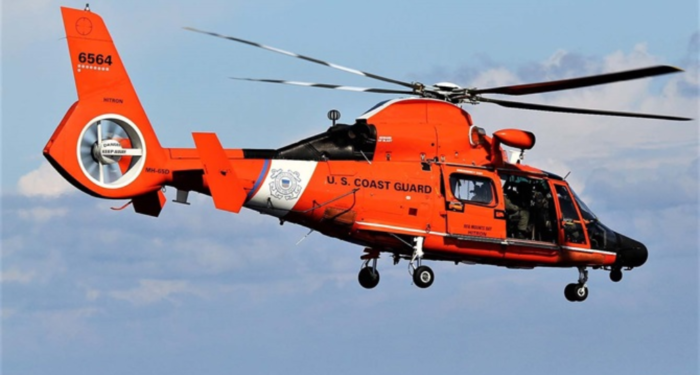 The Royal Navy auxiliary RFA Mounts Bay has partnered with US Coast Guard counter-narcotics experts and a law enforcement boarding team on the continuous efforts to prevent illegal drugs from South and Central America reaching North America and the wider world, drugs which are typically smuggled across the Caribbean in small speedboats known as go-fasts.

Specifically, Mounts Bay supports UK’s long term naval presence in the Caribbean, dedicating its summer and autumn to disaster relief operations in the wake of hurricanes which strike with devastating frequency.

Moreover, Mounts Bay has employed a Coast Guard HITRON team (Helicopter Interdiction Tactical squadRON) and a LEDET (Legal Enforcement DETachment). Coast Guard LEDETs often lead the way for American and allied interdictions at sea, not just from the service’s own cutters, but from U.S. Navy, Canadian Navy and British vessels as well.

As far as the USCG’s HITRON squads are concern, the team chases boats by helicopters and when it’s crucial, it shoots the boat’s engines with high-caliber rifles, after firstly warnings via shots.

After 20 years in operation, the squad’s aircrews have intercepted more than 500 boats, 420,000 kilos of cocaine and 27,000 kilos of marijuana with a wholesale value of more than $17 billion.

They joined the Bay-class ship in Miami, where it spent Christmas and New Year undergoing maintenance operations, before sailing for the Dutch territory of Curacao.

In addition, the HITRON team’s helicopter has been practicing operations from Mounts Bay’s deck, including coordinated drills involving the helicopter and boats against a simulated target.

… we are very much looking forward to supporting law enforcement and security in the Caribbean.