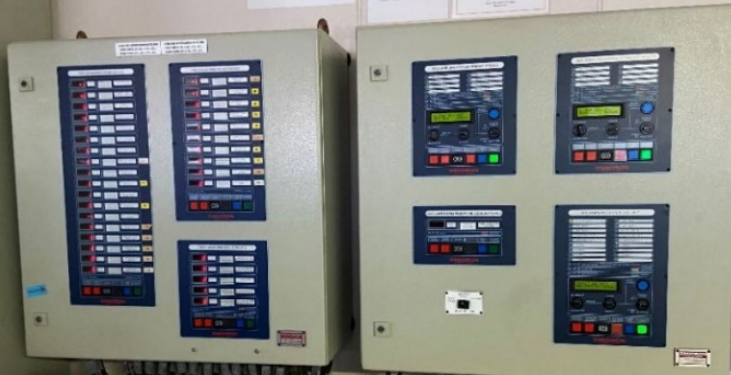 The International Code for the Construction and Equipment of Ships Carrying Liquefied Gases in Bulk (IGC Code) requires the activation of alarms at specified vapor concentrations.

While witnessing tests, multiple sensors measured outside the tolerances established by the manufacturer and subsequent calibration checks failed.

In each case, crew members were not following established procedures as specified in their SMS.

Although the examined gas carriers’ SMSs and manufacturers’ instructions specified procedures for testing the fixed gas detection systems and stated the acceptable parameters for the sensors, many of the sensor tests observed by the PSCOs had readings outside of the established tolerances.

In these types of situations, a “drifting sensor” often causes detectors to exceed tolerances specified by the manufacturer.

Sensors operating outside of established tolerances pose a significant safety threat and could be grounds for vessel control actions, such as delayed departure from port, delayed cargo operations, or detention.

Another common discrepancy observed was the use of improper span gas on catalytic sensors.

To prove proper operation of the fixed gas detection system, the span gas used to test the sensors or complete calibration checks must be appropriate for the type of sensor.

There are three main types of sensors: catalytic, infrared, and electrochemical.

Catalytic sensors rely on the presence of oxygen to function correctly.

Absent the means to introduce oxygen into the sample, if the composition of the span gas used on a catalytic sensor does not include oxygen and is balanced with an inert gas, the sensor will not operate correctly.

Tests or calibrations conducted with the incorrect span gas can cause the sensor to operate outside established tolerances.

Meanwhile, investigating officers, inspection personnel, servicing technicians, and shipboard personnel are encouraged to maintain an acute awareness of these issues and initiate corrective actions as needed.