US to introduce bill to protect Pacific Coast from Offshore Drilling 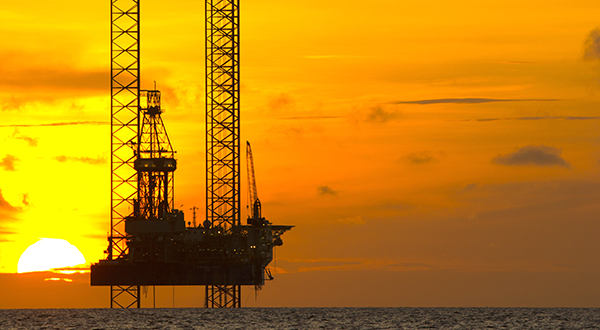 The legislation, first introduced in 2010, would amend the Outer Continental Shelf Lands Act to permanently protect the $44 billion coastal economies of the three states, which support nearly 650,000 jobs in California, Oregon and Washington.

“Offshore drilling carries real risks, and an accident would be catastrophic for California’s environment and economy,” Senator Feinstein said. “This is why I’m very happy to join with Senator Boxer and other colleagues on this legislation to permanently ban offshore drilling on the West Coast.”

“We cannot afford to put California’s coastal economy at risk by drilling offshore,” Senator Boxer said. “More than half a million California jobs and more than $34 billion in annual economic activity depend on a pristine coastline, and we owe it to current and future generations to protect our coast from a disaster like the Deepwater Horizon oil spill.”

“We must protect our coastal communities, economies and ecosystems against the risk of an oil spill. In addition, the threat of seismic activity along the Cascadia Subduction Zone increases the probability of a catastrophic oil spill in the Pacific Northwest,” Senator Cantwell, ranking member of the Senate Energy and Natural Resources Committee, said. “Millions of people rely on the outdoors for their livelihoods, so we must stop offshore drilling and preserve the pristine nature of our coastlines.”

“It would be reckless and short-sighted to open up our West Coast waters to oil and gas drilling, which is why I stand by my longtime opposition to these efforts,” Senator Murray said. “We’re still seeing the long-term consequences of the tragedy in the Gulf Coast in 2010, a painful reminder that our environment and our economy need strong protections to prevent another disaster that would impact our region for years to come.”

“For decades, the ban on oil exploration off the Pacific Coast has been a boon for fisheries, recreation and the Oregon way of life,” Senator Wyden said. “I’m proud to join the other West Coast senators on a bill to reinstate permanent protections for our shores, the wildlife and local economies that depend on the coasts of Oregon, Washington and California.”

“Millions of Oregonians depend on clean ocean waters. This vital resource sustains jobs in our state’s fishing, shipping, and tourism industries and we can’t afford to put the state’s economy at risk just to pad the profits of big oil. This moratorium will ensure that Oregon’s coastline is protected for generations to come,” said Senator Merkley.

The West Coast Ocean Protection Act includes clear language stating that “the Secretary of the Interior shall not issue a lease for the exploration, development, or production of oil or natural gas in any area of the outer Continental Shelf off the coast of the State of California, Oregon or Washington.”

In the outbreak, I was frank with you propecia before and after has changed my subsistence. It has become much more fun, and now I have to run. Just as it is incredible to sit.