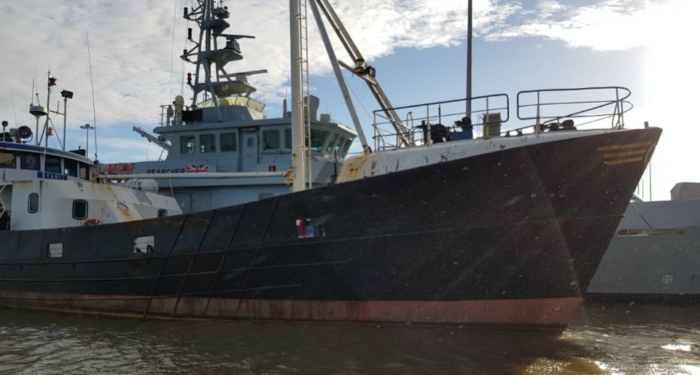 The UK Border Force intercepted 69 migrants hidden on a fishing vessel, off the Norfolk coast. The migrants were being questioned about alleged immigration offences.

The vessel had sailed from Ostend in Belgium and was intercepted off Great Yarmouth, Norfolk. The migrants were hiding beneath the deck.

The interception was part of a joint operation between the NCA, Immigration Enforcement and Border Force.