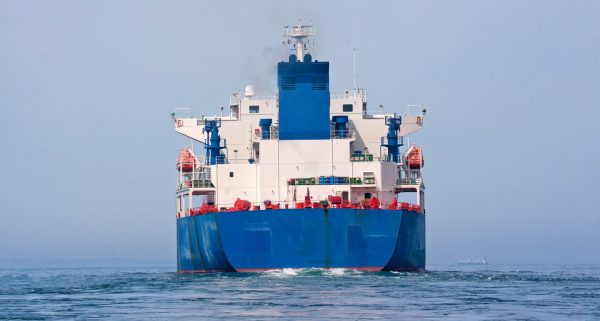 Greek owners remain the dominant force in global shipowning with an owned fleet worth approximately of 100 billion USD, followed closely by Japan and China, worth of 89 and 84 billion USD respectively, according to VesselsValue’s yearly World Fleet Values Ranking.

In particular, the current value of Greek-owned fleet of USD 100bn is concentrated in the tanker (USD 36bn), bulker (USD 35.75bn), and LNG (USD 13.5) vessel types. Hellenic control of these markets stands at about 19% of the total worth of the fleets.

The strong commitment of Greek owners to the global shipping markets looks unlikely to change as others, such as Germany, are liquidating assets. However, there are always new challengers mostly driven from Chinese competition, VesselsValue notes:

“The trend in Chinese ownership is rising, as state owned companies are consolidating and placing new orders. This is a reminder that there are always new challengers for the throne of peak market value. Greek owners, with their sharp focus on commercial results, should continue to lead the pack for the foreseeable future.” 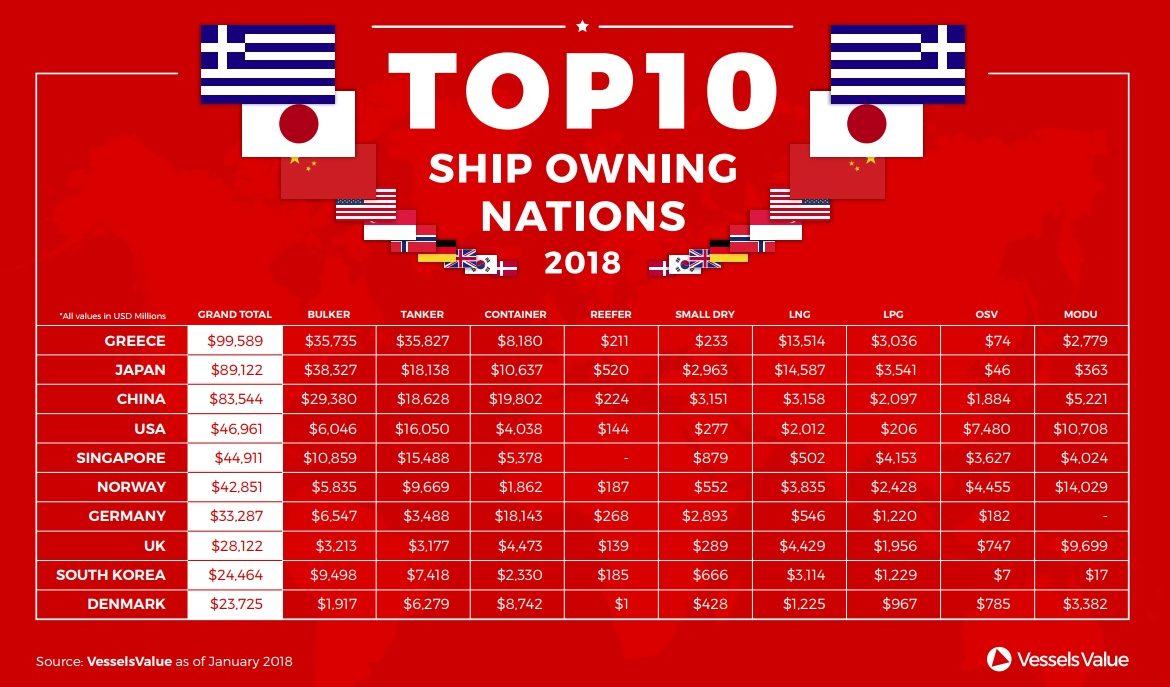 Japanese companies are the second largest group of shipowners by value, but remain in the same league as Greece. The country’s interests in the Dry Bulk and LNG segments are on par with the leader, but it does not have as much exposure to the tanker markets. Japanese refinery capacity has been falling since the late 2000’s, a trend that will continue as the country faces stiff competition from other Asian refiners, VesselsValue predicts. Japanese tanker owners continue to trade in the global markets, but growth will not come from domestic demand.

Japan is the top owner of LNG vessels by value, which is a strong strategic fit for its energy needs. Nuclear power remains under high scrutiny, and additional plants may shutter in the years ahead. This leaves natural gas and coal as the top alternatives for power generation. The high ownership of Dry Bulk and LNG vessels make the trading fleet well suited to match domestic consumption.

Meanwhile, China is close behind the two countries. The stratospheric rise of the country’s economy since 2000 has had impacts on all shipping and commodity markets. The growth trajectory has slowed recently, but remains a positive force for ton mile demand across all vessel types.

The Chinese share of global ownership should continue to move upwards over the next decade across all markets. The large amount of crude oil that is imported into the country is moving on an increasingly national fleet. This trend, combined with rising product exports should boost the number of tankers that come under owner’s umbrellas.