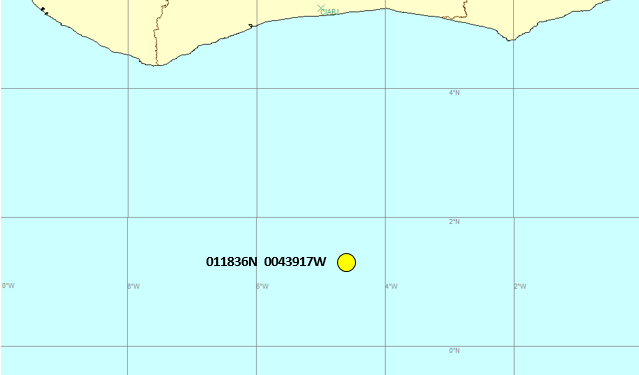 The Maritime Domain Awareness for Trade Gulf of Guinea (MDAT GoG) has received a report that communication has been lost with MT B. OCEAN off West Africa.

More specifically, MDAT GoG asked for masters in the vicinity to report any sighting of the vessel, or any suspicious activity.

According to IMB’s latest global quarterly piracy report, 90 incidents of piracy and armed robbery against ships were reported in the first nine months of 2022, the lowest recorded figure in three decades.

Perpetrators were successful in gaining access to the vessels in 95% of the reported incidents which are broken down as 85 vessels boarded, four attempted attacks, and one vessel hijacked. In many of the cases vessels were either at anchor or steaming when boarded, with nearly all the incidents occurring during the hours of darkness.

Though these are amongst the lowest reports in decades, violence to crew continues with 27 crew taken hostage, six assaulted and five threatened. “The risk to the crew, however petty or opportunistic the incident, remains real,” IMB warns.