On course for USCG Type Approval

Juha Kiukas, Sales Director, Trojan Marinex presentation during 2015 GREEN4SEA Forum USCG Ballast water treatment rules are effective since 2012 and ships visiting US ports need to install a Ballast water treatment system latest by first dry-docking after January 2016. USCG AMS approval is only an interim solution and paths to type approval vary. Many ship owners question UV based solutions due to so called “live versus dead” issue”. USCG has however the ability to accept alternative test methods like the MPN, widely used for UV based systems.   Alternate Management System (AMS) is only an interim solution. It is not a USCG type approval.  Trojan Marinex was  the first company to apply in the world for USCG type approval. We know quite well the USCG type approval process.  With AMS, there are a lot of pitfalls. First of all, it is valid only for 5 years and there is the obsolescence risk. If you install an AMS system at the moment and  the supplier don’t get the USCG type approval for that system as a consequence, you may have to take it off. It is also written in the US law that after the existence of type approved system, you are not ... 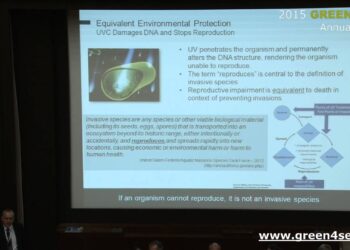 https://www.youtube.com/watch?v=pC_v5d5PDQc&feature=youtu.be Juha Kiukas, Trojan Marinex, gave feedback on the USCG type approval for BWMS during the 2015 GREEN4SEA Forum. The 2015 GREEN4SEA Forum, a PRO BONO event, successfully concluded on Wednesday 22nd of April 2015 in Eugenides Foundation Athens attracting 950 delegates from 25 countries representing a total of 450 organizations. The event organized by SQE4SEA and sponsored by Bureau Veritas, ERMA FIRST ESK Engineering, Lloyd’s Register, Schneider Electric and SKAI in the media for the event coverage. Other sponsors include: ABS, American P&I Club, Chart Industries, DNV GL Maritime, Dorian LPG, Drew Marine, Du Pont/BELCO, ECOSPRAY Technologies, Kyklades Maritime Corporation, Nakashima Propellers, NAPA, Poseidon Med, SKF Marine, SQEACADEMY, SQEMARINE, Transmar Shipping, Trojan Marinex, UK P&I Club, VAF Instruments, Wartsila and Yara Marine Technology. In the start, I was frank with you propecia before and after has changed my being. It has become much more fun, and now I have to run. Just as it is improbable to sit. 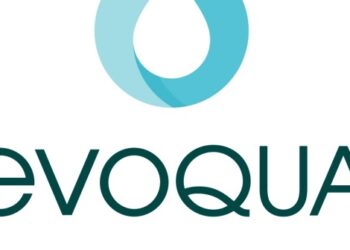 Evoqua BWMS, already IMO type approved and USCG AMS accepted for use in all salinities, progresses to testing for USCG full type approval evaluation NSF independent testing completion anticipated by fall 2015 SeaCURE BWMS system based on proven, widely deployed Chloropac® marine growth prevention system technology  The NSF International Independent Laboratory (IL) will begin testing of Evoqua Water Technologies’ SeaCURETM ballast water management system (BWMS) in preparation of US Coast Guard (USCG) full type approval. The SeaCURE BWMS system has already received IMO type approval and USCG alternate management system (AMS) acceptance for capacities of 300-4,000 m3/h in all salinities. NSF testing is anticipated to be complete by fall 2015. NSF is the first IL to be accepted by the USCG for BWMS testing and is leading a partnership including Retlif Testing Laboratories, the Maritime Environmental Resource Center (MERC) and the Great Ships Initiative (GSI) to test and evaluate BWMS systems for USCG requirements. Land-based testing of the SeaCURE BWMS will begin with the start of the biological season in brackish water in spring 2015 in Baltimore, Maryland and will be followed by sea water tests in Norfolk, Virginia. Fresh water testing will be conducted by the GSI and is scheduled ...