Suez Canal considering waterway expansion after Ever Given incident 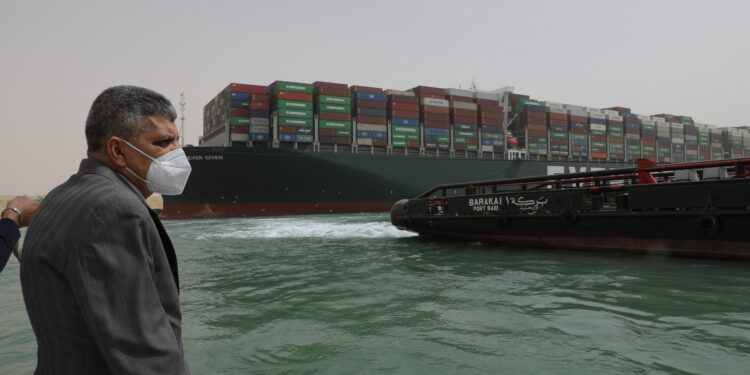 The Suez Canal Authority is considering expanding the southern section of the waterway where the container ship Ever Given became stranded, its chairman told Reuters on Tuesday.

The Authority is also looking into procuring cranes that could potentially offload cargo at heights of up to 52 meters, Osama Rabie told Reuters in an interview.

If there is a 250-meter part that needs expansion, maybe we will make it 400 meters,

The grounding of the 400-meter-long ship Ever Given in the southern section of the canal on March 23 caused a major disruption in global trade flows as it prevented hundreds of ships from passing the world’s major shipping trade route.

Specialist rescue teams freed the ship after almost a week, after extensive dredging and repeated tugging operations, involving 24-hour work by 15 tugs and two dredgers. Rabie said an investigation committee is examining data from the ship’s recorders and that the ship would depart once the procedures were completed. Rabie estimates that this would take about two or three more days.

Tags: Ever Given groundingEvergreensmSuez Canal