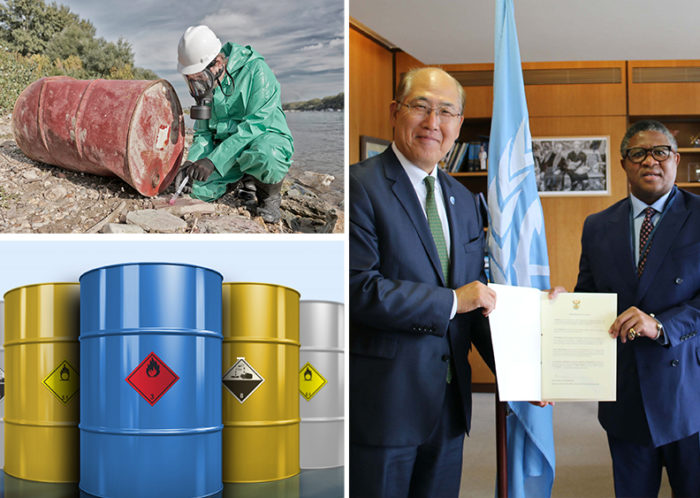 South Africa has become the latest country to accede to a key compensation treaty covering the transport of hazardous and noxious substances (HNS) by ship. The treaty has now been ratified by five States (Canada, Denmark, Norway, South Africa and Turkey). The total quantity of contributing cargo has reached 9.8 million tonnes.

When in force, the treaty will provide a regime of liability and compensation for damage caused by HNS cargoes transported by sea, including oil and chemicals, and covers not only pollution damage, but also the risks of fire and explosion, including loss of life or personal injury as well as loss of or damage to property.

An HNS Fund will also be created, to pay compensation once shipowner's liability is exhausted. This Fund will be financed through contributions paid after the incident by receivers of HNS cargoes.

According to the treaty, South Africa provided data on the total quantities of liable contributing cargo. Entry into force of the treaty requires accession by at least 12 States, meeting certain criteria regarding tonnage and reporting annually the quantity of HNS cargo received in a State. The treaty requires a total quantity of at least 40 million tonnes of cargo contributing to the general account to have been received in the preceding calendar year.

The Honourable Mr. Fikile April Mbalula, Minister of Transport, South Africa, met IMO Secretary-General Kitack Lim at IMO Headquarters, London, on 15 July to deposit the instrument of accession to the 2010 Protocol to the International Convention on Liability and Compensation for Damage in Connection with the Carriage of Hazardous and Noxious Substances by Sea, 1996 (2010 HNS Convention).