SAMSA to dump vessel’s reactive cargo into the sea 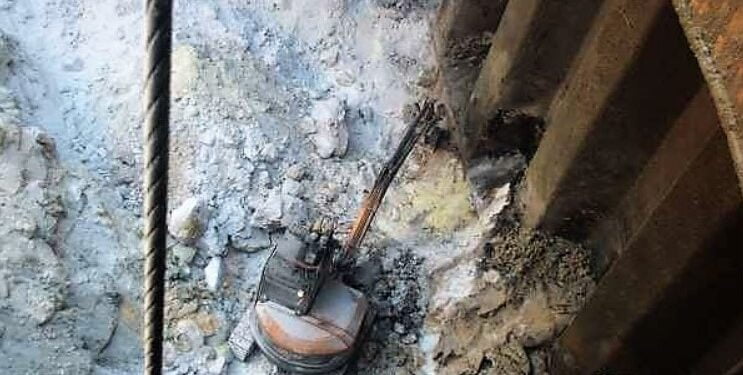 The South African Maritime Safety Authority (SAMSA) announced that a problematic water reactive cargo on a vessel in St Helena Bay on the west coast of South Africa will be finally dumped at sea.

According to SAMSA, this will be just over two months of the country working to safely manage the unstable chemical cargo since the encounter with its vessel, the NS Qingdao, in Durban last October.

Since then, the vessel was being watched in a safe containment terminal in St Helena Bay on the Atlantic Ocean seaboard.

On January 13, SAMSA said that:

The vessel is currently anchored off St Helena Bay and an emergency dumping permit has been obtained from the Department of Forestry, Fisheries and the Environment to dump the reacting cargo at sea

Approximately 1500 tonnes of cargo will be dumped 250km from the closest point to land and in excess of 3000m of water. The dumping operation is expected to be concluded on 25 March 2022.

“To date more than 1000 tonnes of the cargo has been taken out of the vessel and it is expected that the remaining hotspots will be removed and dumped by 15 March 2022.

The vessel has no obvious structural damage, and it will return to the closest port after the dumping operation is complete and her cargo is stabilised. An investigation will also be conducted to determine the reason for the cargo reaction .

Structural specialists will  conduct an assessment to ensure that the integrity of the vessel is intact before allowing it to sail onward to its destination.

The owners, insurance and salvors continue to work with the South African authorities on this matter