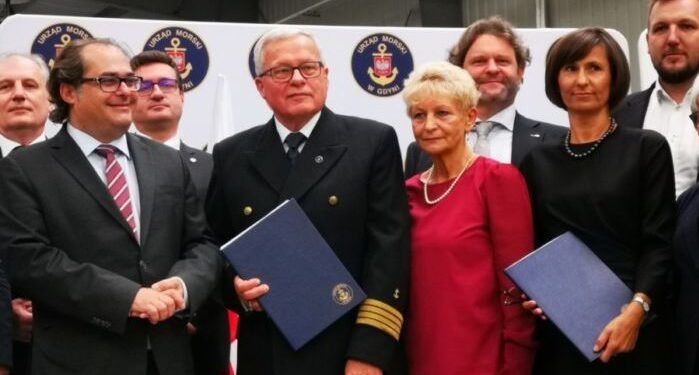 A 187 million euro (USD 205.4 million) contract was signed by Poland’s Maritime Office in Gdynia, for the development of a shipping channel through the Vistula Spit connecting the Vistula Lagoon with the Bay of Gdańsk.

Notably, the project aims to help with maritime traffic and further contributes to Elblag’s port installations by reducing the distance between the port and the Baltic sea, as well as making it accessible to larger ships. In particular, construction works are expected to be completed in 2022, starting in 2019.

The project includes the development of a channel, two breakwaters, two rotating bridges over the lock, four sluice gates, landscapes, buildings, roads and their soil reinforcement, and even a 190-hectare artificial island within the Vistula Lagoon.

In fact, located outside the spit in the Gdańsk Bay, the channel spreads over 1.5 kilometers and its width can vary from 25 to 120 meters. The two breakwaters have lengths of 1,014 and 568 meters respectively and can also form a protective harbor.

It was announced that the Besix – NDI consortium will be in charge for the development.

The CEO of NDI, Małgorzata Winiarek-Gajewska stated that

This is a very interesting project and its construction will be another hydroengineering undertaking that NDI will be completing in cooperation with BESIX. We have already built together the DCT2 container terminal at the Port of Gdansk and our cooperation was very good.

Concerning this plan, back in 2017 Poland announced the construction of a deep-sea port in Gdnask Bay, aiming to balance the competition from North and Baltic Seas ports and provide services to customers in Poland, Czech Republic, Slovakia and northern Ukraine, Lukasz Grejnke, the chairman of the Port Authority of Gdansk.

Whereas, in May, the Port of Gdansk Authority presented the final concept of Poland’s Central Port, which will consist of a complex of 6 to 8 terminals and deep-water quays used for different purposes.