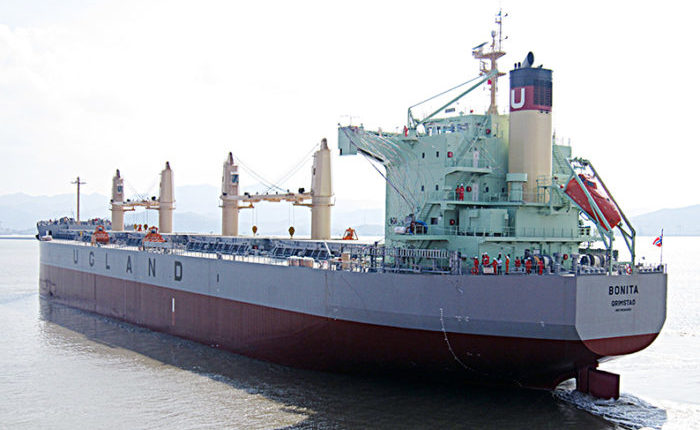 JJ Ugland released a statement informing that the nine crewmembers that were kidnapped in November were released in Nigeria and brought to a safe place in Southern Nigeria, waiting for the preparations so that they can return home.

The nine crew members were taken hostages on November 2, by pirates who boarded the vessel while on anchorage off Cotonou in Benin.

The company stated that

We are delighted to confirm that late on Friday evening, December 6, 2019, the nine crew members from MV Bonita held as hostages, were released in Nigeria and brought to a safe place in southern Nigeria, after 35 days in captivity.

The crew have arrived in Manila, Philippines, to reunited with their families. In the meantime, representatives from Ugland headquarters’ in Grimstad, Norway and other parties have been actively engaged in the process of bringing the hostages home and have been present both in Nigeria and the Philippines.

We are truly happy that the nine crew members are now reunit with their families and have their wellbeing at heart. I would on behalf of the company like to sincerely thank all parties that have contributed to resolving this difficult situation.

Overall, the kidnap incident was on the spotlight because of the increased piracy in West Africa; At that time, the European Community Shipowners' Associations (ECSA) and the International Chamber of Shipping (ICS) both condemned the attack against the bulk carrier  and highlighted that they both closely monitor the situation.