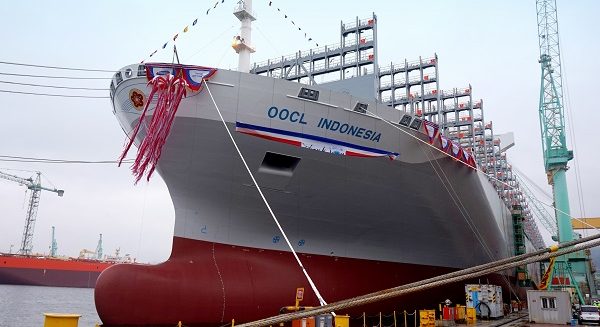 Hong-Kong based OOCL's sixth and last container ship in the 21,413 TEU series was christened at a ceremony held at the Samsung Heavy Industries (SHI) shipyard on Geoje, on 17 January.

The ship, named 'OOCL Indonesia', will begin her maiden voyage this month and join her other five sister vessels on OOCL’s Asia-North Europe Loop 1 trade lane. The series of six 'G Class' container ships was completed within a year.

“Not only was the time factor a challenge, but the actual engineering feat in building the world’s largest containerships for the first time within the given period while incorporating the best and latest innovation and technologies is a monumental project not to be underestimated,” said Mr. Andy Tung, Chief Executive of OOCL.

In his ceremonial address, Mr. Tung also expressed that the celebration marked a wonderful start to the new year in 2018, as the industry is seeing a much healthier global economic environment not seen in many years since the 2009 financial crisis.

“In addition to China’s leadership in the One Belt One Road Initiative to help bring markets closer together and opening new opportunities for trade, another policy agenda closer to home is the signing of the Hong Kong-ASEAN Free Trade Agreement just last November,” said Mr. Tung. 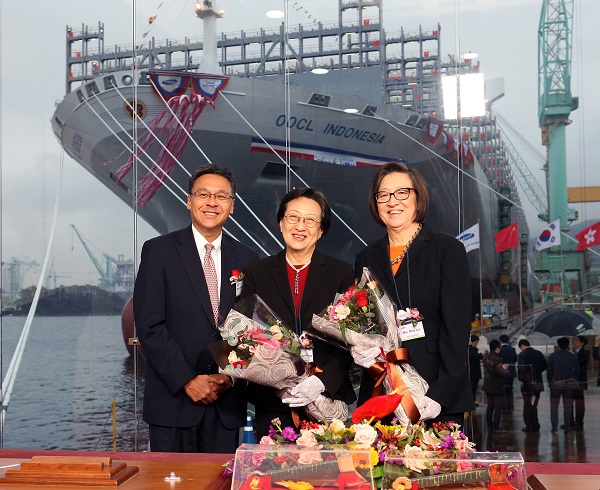