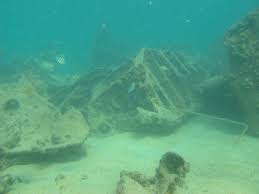 A team of NOAA researchers have confirmed the discovery just outside San Francisco's Golden Gate strait of the 1910 shipwreckSS Selja and an unidentified early steam tugboat wreck tagged the "mystery wreck." The researchers also located the 1863 wreck of the clipper shipNoonday, currently obscured by mud and silt on the ocean floor.

These and other shipwreck investigations mark the first mission of a two-year project to locate, identify and better understand some of the estimated 300 wrecks in Gulf of the Farallones National Marine Sanctuary, and the adjacent Golden Gate National Recreation Area.

"The waters of the sanctuary and the park are one of the great undersea museums in the nation," said James Delgado, director of Maritime Heritage for the Office of National Marine Sanctuaries. "These wrecks tell the powerful story of the people who helped build California and opened America to the Pacific for nearly two centuries. Finding the remains of these ships links the past to the present."

NOAA's Office of National Marine Sanctuaries and the U.S. National Park Service, which began researching the wrecks in the 1980s, published the first detailed inventory and history of the submerged heritage of the region in 1990. Since then, Robert Schwemmer, project co-leader and NOAA maritime archaeologist, has conducted new research in archives around the world, and interviewed fishermen and pioneering wreck divers of San Francisco.