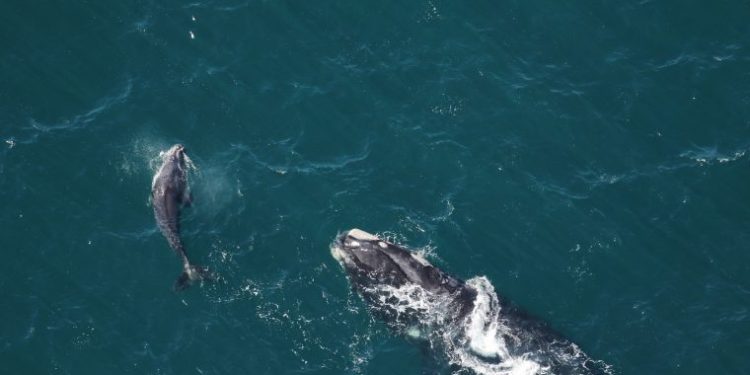 As part of the public comment period that ended on Oct. 31, 2022, Oceana delivered nearly 20,000 petition signatures and a letter calling for the government to enact desperately needed new safeguards for these whales.

With the extinction of the species on the line, concerned citizens from all 50 states, the District of Columbia, and Puerto Rico signed their names in support of NOAA’s proposal.

We can’t wait any longer for action. The urgency of the threats to North Atlantic right whales cannot be understated. Their very existence perilously hangs in limbo as current safeguards established by our government are insufficient

Thirteen congressional leaders also sent a letter to NOAA in support of the proposed rule. In the letter, the representatives wrote:

Additionally, 29 environmental groups signed a letter of support, saying that “while we are in favor of these improvements from the previous rule and ask that you approve a final rule as quickly as possible, the National Marine Fisheries Service should also consider requiring vessels covered by this rule to carry and continuously transmit automatic identification system (AIS) devices for public vessel tracking, improving monitoring and enforcement of speed limits, designate dynamic speed zones (DSZs) following the visual confirmation of a single North Atlantic right whale, and including an exemption for permitted disentanglement vessels who are actively engaged in a response.”

Multiple studies show that slowing boats to 10 knots reduces a North Atlantic right whale’s risk of death by boat collision by 80% to 90%.

Last month, the North Atlantic Right Whale Consortium released its new population estimate for North Atlantic right whales, which stands at only around 340, including around 80 breeding females.