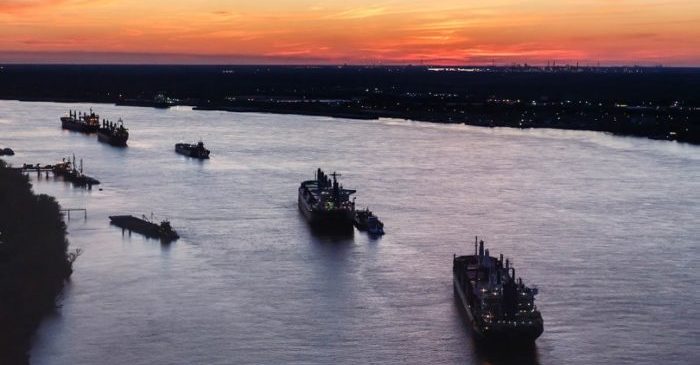 Mississippi Floodway might open for third time in history

Because of the alarming rising levels seen on Mississippi River, Bloomberg informs that the Morganza Floodway may be opened for the third time in the history, increasing the possibilities of flooding a large part of rural Louisiana and affecting refineries in the region.

The river has been high or flooding from October, as huge rainfalls have slowed crop planting in the Great Plains and the upper Midwest; Thus, the Army Corps of Engineers could be forced to open the floodway, to divert water.

The last time the river was flooding was in 2011, which was also the last time that Morganza was opened. For the time being, the river's levels are just two feet below its 2011 record. Yet, in February, the Bonnet Carre Spillway was opened to help alleviate flood risks in New Orleans, about 28 miles downstream.

We are really close to the trigger levels.

In addition, the Morganza Floodway is located about 45 miles northwest of Baton Rouge, and if opened, will send water into the rural area between the Atchafalaya and Mississippi Rivers in central Louisiana.

It should be highlighted that the Mississippi between New Orleans and Baton Rouge is lined with refineries, chemical plants and grain elevators. The high water has caused shipping delays on the river that is a main route for grain, chemicals, coal and oil. Earlier this year, traffic through Vicksburg was shut down and at various times locks and dams along the waterway have been shut.

Concluding, Bloomberg reports that forecasters are expecting a new deluge due to the previous week's thunderstorms across Great Plains and Midwest to send the river rising again by the end of next week.