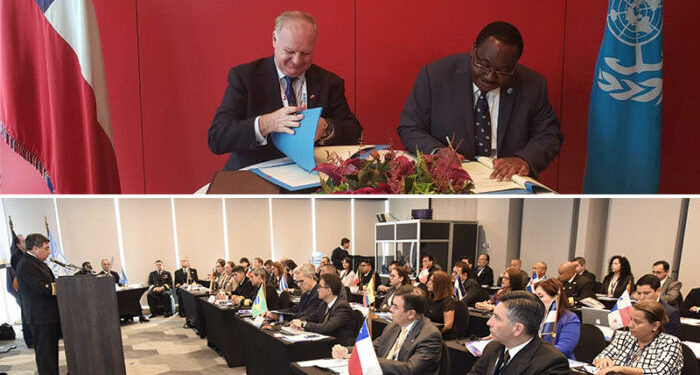 IMO informed that it has signed a new Memorandum of Understanding (MoU) with the Republic of Chile, to extend Chile’s technical assistance to countries in the Caribbean region, in addition to Latin America.

The MoU on Technical Cooperation, signed by the Directorate General of Maritime Territory and Merchant Marine (DIRECTEMAR) of the Republic of Chile, replaces earlier MoUs, which were signed in 2002 and 2005 and strengthens the cooperation between IMO and DIRECTEMAR for providing technical assistance in the Latin America and the Caribbean Region.

This will support the provision of experts to deliver training in Latin America and the Caribbean.

Examples of IMO training supported by DIRECTEMAR regard:

The new MoU with DIRECTEMAR will also help ensure that additional similar activities are supported in the Caribbean, as well as in Latin America.